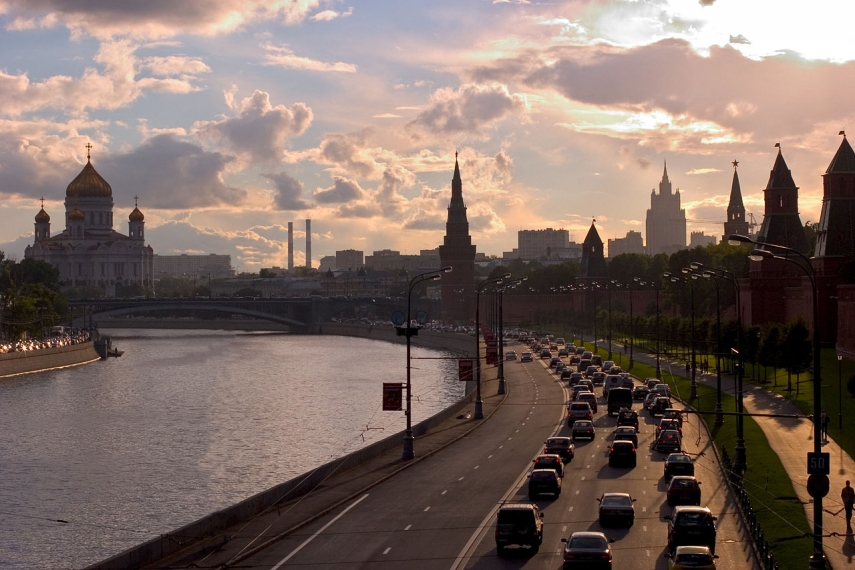 According to Re: Baltica, the three news portals’ web addresses are registered to the company Media Capital Holding B.V. It is located in a tiny two-story red-brick building in the mall town of Hilversum, the Netherlands. The company was registered in 2013 with core capital of EUR 1. Media Capital company’s sole owner is a Russian-registered company, Media-Kapital, which is owned by the Russian newspaper Moskovskiye Novosti, which is in turn owned by the state-owned news service RIA Novosti. RIA Novosti is now part of the Rossiya Segodnya state-owned media company, which includes the Sputnik News.

Three years ago, the Kremlin decided to power up its propaganda efforts and created Sputnik News, a younger brother to the globally-known TV channel RT. The new multimedia news agency opened offices around the world, including in the three Baltic capitals. Meanwhile, another news portal for the region’s sizeable Russian-speaking minority appeared. It was named Baltnews and, unlike Sputnik, tried to keep its connections to Russia secret.

Re: Baltica contacted heads of the three Baltic internet portals, but they revealed very little about their owners.

Anatoly Ivanov, the editor-in-chief of Baltnews in Lithuania, said the news site is part of a large holding company, which is “widely represented all over Europe”.

The owners are registered in the Netherlands, he said, although he would not name them, telling reporters to “look them up on the Internet”. He also added the owners had a very special business “know-how”, but said that the Baltnews team is not so stupid as to share details about it with the world.

The head of the bureau in Estonia, Aleksandr Kornilov, said via email that the owners are a Dutch company, Kapital Media. Andrey Yakovlev, the editor-in-chief in Latvia, declined to meet in person, but he said by phone that “we are making most of our money in Europe”.

The Baltnews sites contain reprints of news items from Inosmi, a RIA Novosti and Rossiya Segodnya site dedicated to translating Western journalism into Russian. The news portals also publish local news in Russian and reprint news from Russia; they display little to no advertising.

As Re-Baltica said, one of the authors of Balticnews.lv is Galina Sapozhnikova, a colorful character who officially is a journalist at Russia’s newspaper, Komsomolskaya Pravda. Sapozhnikova also leads two discussion clubs, called Impressum and Format A-3, which host discussions with Russian guests in areas which Russia considers within its sphere of interests, such as the Baltic states, Moldova, and Ukraine, including Crimea. “The events organized by Impressum are characterized by the absence of any free exchange of ideas and, rather, the dissemination of the core messages of Russia’s influence operations,” says the Estonian security police report.

Baltnews.lv, the Latvian news portal, regularly publishes articles written by the Latvian National Bolshevik Vladimir Linderman, a radical, who has founded many organizations to promote his ideas.

Another regular is Andrei Solopenko. In 2015, Solopenko was refused an accreditation at the European Union Eastern Partnership summit in Riga, which he hoped to attend as a representative of the magazine Baltiysky Mir, funded by the Russian Foreign Ministry to target Russian-speaking compatriots outside of Russia. Solopenko, along with Estonia’s Russian activist Maksim Reva, participated as “independent observers” in the internationally unrecognized referendum in Crimea in 2014. The two of them, together with Baltiysky Mir editor-in-chief Dmitry Kondrashov, founded a Moscow-based NGO called International Foundation Helsinki Plus.

Re:Baltica notes that the Lithuanian and Estonian editors-in-chief both have been banned from entering Latvia. Latvia’s editor-in-chief Yakovlev is the former correspondent for Russian RTR TV channel and former aide of Latvian MEP Tatjana Zdanoka (Union of Russians in Latvia). He is also a co-founder of Amber Bridge organization that tends to use soft power to increase influence on issues in the Baltic states.

The link was first noticed by the Estonian security service (KAPO). In its report in 2014, it noted that Baltnews received financing from a Dutch company and is controlled by people related to Russia Today.

According to data from similarweb.com, Re: Baltica concluded however that Baltnews’ audience is rather small. In the last six months, the Latvian site’s audience is about one-thirtieth the size of that for Latvia’s largest Russian news portal, rus.delfi.lv.