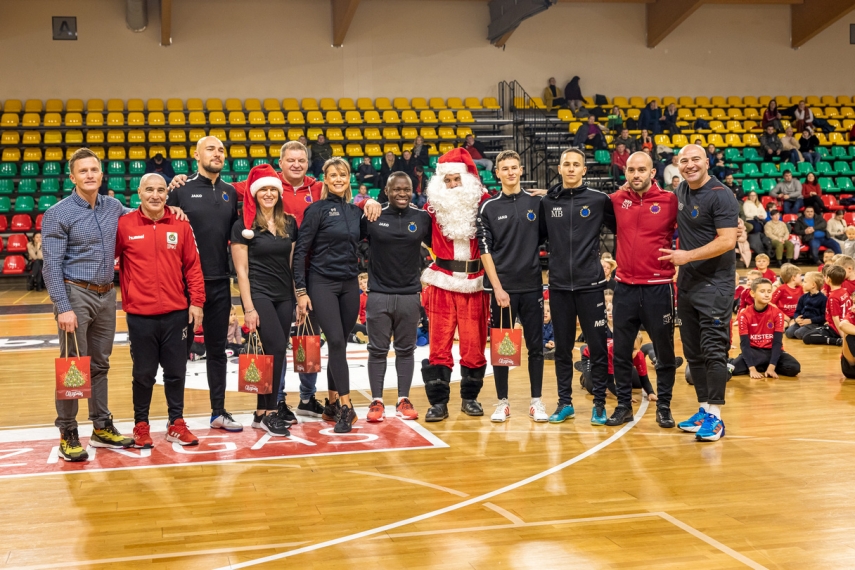 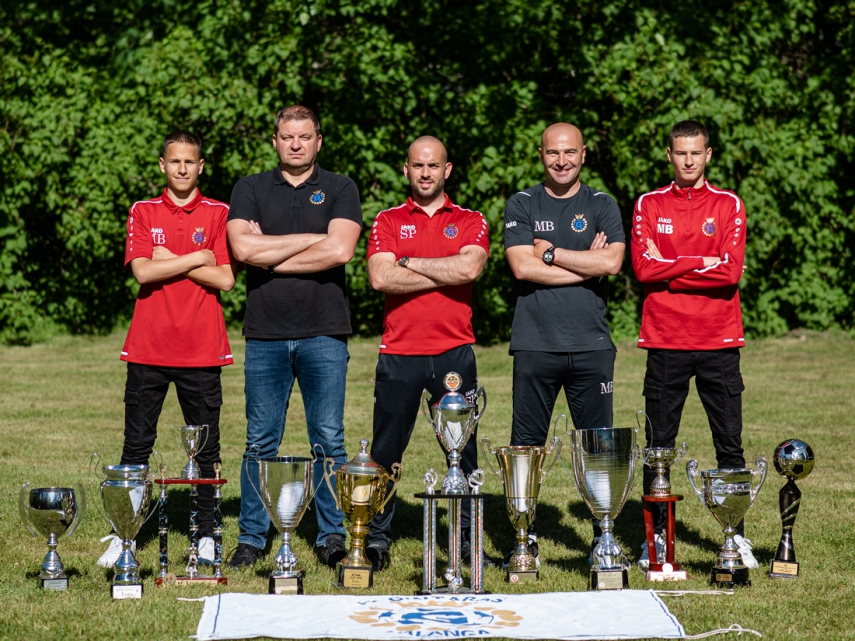 What was just a tiny boy football club in Palanga, Lithuania’s gem Baltic resort, nearly 10 years ago, has expanded into a major children football powerhouse, the football academy Gintaras, now operating in two Lithuanian Baltic seaside municipalities, in Palanga and in Klaipeda.

“At the end of 2022, we have 220 boys in the Academy’s branches in both towns – 130 in Klaipeda and 90 in Palanga. As a football club operating in two towns in Western Lithuania, we are still pretty new, yet flexing and growing muscle,” says Marsel Balasanov, founder and director of the Academy of Armenian descent.

In the beginning, in Palanga, he had just 12 boys in the football club Gintaras. Rallied by the exuberant coach, Balasanov,  whose father was a prominent footballer during the Soviet era, the resort’s little footballers created a series of true miracles on the pitch, hiking the town’s children's football to unprecedented heights, winning both numerous trophies and hearts of the teachers, the parents and the local community.

Yet the Gintaras founder did not doze on the laurels and looked way forward, in 2020 establishing along with friend Andrius Vaitkus a football academy in Klaipeda City, some 25 kilometres away from Palanga.

"At the moment, FC Gintaras is one of the few academies in the country, which operates in two cities at once, and the number of children in the club increases every year – there are more than 200 children and 8 coaches now," says M. Balasanov proudly.

The oldest children of the academy under the FC Gintaras U-15 team participate in the elite national league, four more junior teams participate in the country’s strongest young footballer Pro League and two teams compete in the lower tier league.

When asked if, apart from the laid-back 14 thousand-people Palanga, he knows another town of the size with a children's football club employing even three foreign coaches, Ricardo Casalero, the head coach of Palanga's children's football academy Gintaras from Portugal, laughs: "Oh ,no. This is an exception or a rarity."

Ricardo's assistant Awah Clifford on the pitch Cameroonian, and the third coach is Algerian.

"Undoubtedly, the geography of Gintaras coaches is an advantage. Although football is an international language that does not require translation, children thus learn more secrets and nuances of football," he emphasized.

Balasanov insists all the strongest children are prepared in such a way that they are up to the standards in the strongest similar academies in the country and abroad.

When asked if he sees a new "Ronaldo" among the academy’s 10 and 10+ year-olds, Ricardo Casalero smiles: "The young Lithuanian footballers are probably not in any way inferior to their peers from, say, Portugal or Spain in their physical fitness and technique. But what perhaps the Lithuanian kids are missing is a local Ronaldo or Messi to emulate."

"It is obvious that Lithuania is a basketball country. However, I also see good signs in Lithuanian children's football – its popularity is increasing, clubs are hiring more foreign specialists," adds Ricardo.

"Objectively speaking, the level of Gintaras is really close to the country's best children's football clubs, even those in Vilnius. It is fascinating," says the coach.

According to Balasanov, from the first day of the club's foundation and until now, the main goal of Gintaras academy remains the same: not the overall team results and achievements, but the individual achievements of the most talented children and their well-being.

Balasanov reiterates that football is not only the passionate game and the hard training – it is much more.

“It is encompasses a whole philosophy, a healthy lifestyle, socialising –  be it the trips of the children to matches of the top-tier clubs or the gatherings of the kids, their parents and  the coaches for a barbecue, " says M. Balasanov before adding: "Not all the children may become professional footballers, but football will undoubtedly help them become personalities, good citizens in life.”

And who know – maybe a new Ronaldo and Messi is already dribbling the ball – in Klaipeda or Palanga! Just look out in a couple of years for the headlines bearing the names and the name of the football academy Gintaras.