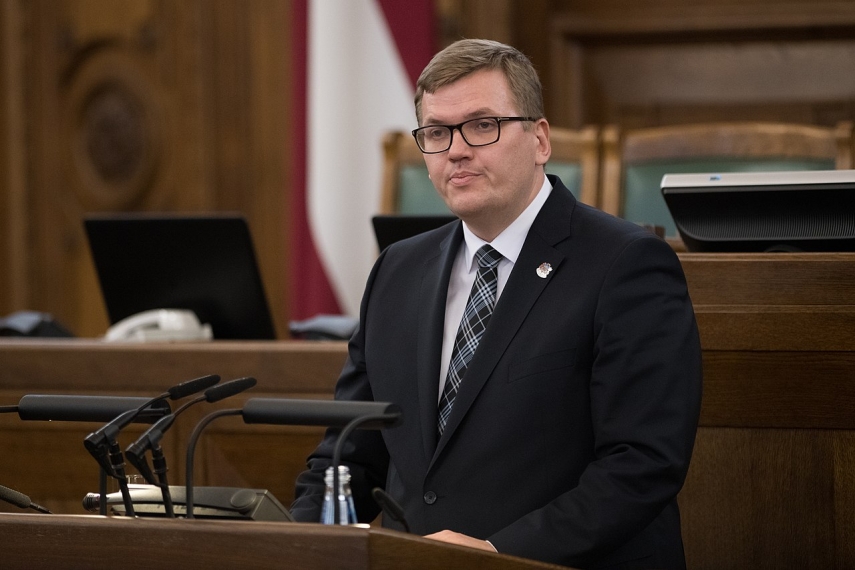 RIGA - Environmental Protection and Regional Development Minister Juris Puce (For Development/For) has called on Riga Mayor Nils Usakovs (Harmony) to step down in wake of the search carried out at his offices and residence yesterday by the Corruption Prevention Bureau (KNAB).

''By continuing to hold onto his seat, Usakovs is causing considerable problems for Riga. I call on Usakovs not to exaggerate his place in history - the Riga City Council has existed before him, and will exist after him,'' Puce told Latvian Television this morning.

He called on the mayor to step down and thus do away the shadow of suspicion over his head.

Meanwhile, President Raimonds Vejonis told the LNT television channel that he believes Latvia must move towards the Western political model, where politicians who are involved in some sort of scandal immediately step down from their positions.

He believes this would be the right thing to do for the Riga mayor, but that this is his personal decision.

At the same time, he added that there must be a legal basis from the dissolution of the Riga City Council.

As reported, Opposition members of the Riga City Council have gathered enough signatures to call an extraordinary council meeting at which they would propose sacking Nils Usakovs (Harmony) as Riga mayor, Edvards Ratnieks, a representative of the National Alliance group in the city council, told LETA.

The office and home of Riga Mayor Nils Usakovs (Harmony) were searched on Wednesday as part of an ongoing criminal investigation, the Corruption Prevention Bureau (KNAB) said in a statement on its website.

According to the KNAB statement, the bureau’s officers carried out “procedural activities, including warranted searches at several addresses”. Nobody has been taken into custody at this point, KNAB said.

KNAB representatives said that investigators are busily working on the information obtained during the probe. KNAB promised to provide more detailed information as soon as it becomes possible without compromising the investigation.