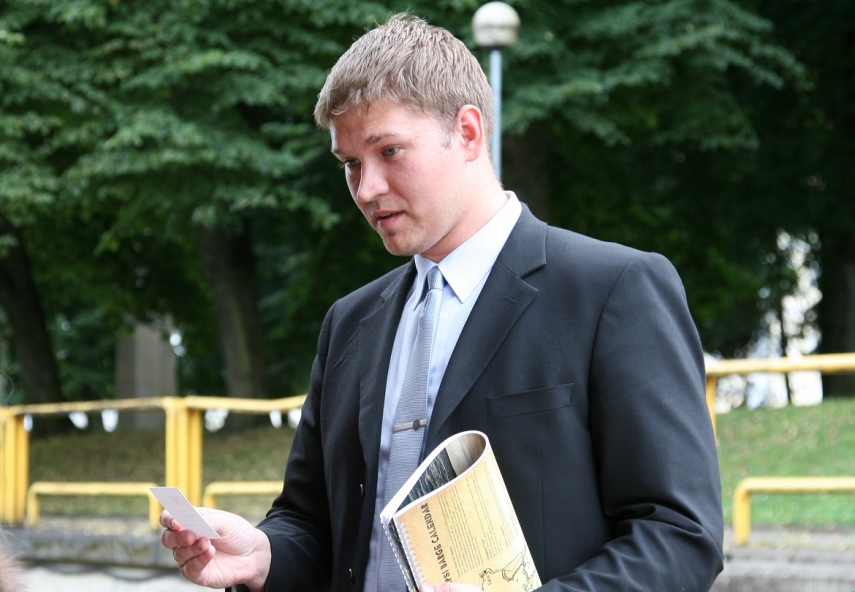 TALLINN - The prosecutor's office will appeal the acquittal of Artjom Suvorov, former deputy mayor of Tartu, announced by Tartu County Court on Monday, the prosecutor in charge of the investigation said.

"Although the court at today's sitting only presented a brief summary of the reasons, meaning that it explained its judgment in brief, this nevertheless convinced the prosecutor's sufficiently that appealing the court's decision is inevitable. Before that, the full version of the court's decision has to be received to be able to see how the court arrived at such conclusions," Gross said.

Tartu County Court on Monday acquitted Suvorov, 29, on all the charges lodged against him. The court found that the guilt of Suvorov and co-defendants Kaido Sirge, 37, and Ivan Zayats, 68, was not proven.

The parties to the proceeding can notify their wish to appeal the decision announced on Monday within seven days. If an appeal is lodged, the court will make the full version of the verdict public on April 4.

If the verdict becomes final, the state will have to pay the defendants' legal costs in the amount of 55,647 euros. In addition, Sirge must be paid 138 euros for the three days he was held behind bars as a suspect.

As an additional punishment, the prosecutor sought a three-year ban for Suvorov to serve in managerial positions.

The attorneys for all the defendants said their clients should be acquitted on all charges.

According to the charges, Suvorov promised to help and between 2015 and 2017 and also helped his acquaintances receive various support for their sports clubs from the city of Tartu, Gross said in May 2018.

He said that, according to the investigation, Suvorov received bribes in the total amount of over 600 euros both in cash as well as in the form of objects holding financial value in return for using his official position in directing and influencing decision-making processes.

In addition, the prosecutor's office accused Suvorov of requesting a bribe for a third person in 2017, which consisted of Suvorov asking for a bribe of 960 euros, making the granting of a 2,000 euro activity support from the city of Tartu to a non-profit association linked with the man dependent on the bribe. Of the aforementioned activity support, 960 euros had to be transferred by the bribegiver to an acquaintance linked to Suvorov, who helped Suvorov during local government election events in the city of Tartu.

"Paying to third persons for favors in such a way definitely made the bribe scheme more difficult to detect, but the content of the matter remains the same. This is nevertheless misuse of an official position by an official and in this case, the initiator was an official, which makes the crime more serious in essence," Gross said in May 2018.

In addition, Suvorov stood accused of trying as a member of the housing committee of the Tartu city government to cheat a 77-year-old woman out of 5,000 euros, by promising to ensure to the victim the transfer of an apartment belonging to the city of Tartu. As the victim did not go along with Suvorov's idea, the crime remained an attempt.

The pretrial procedure was carried out by the Internal Security Service under the leadership of the South District Prosecutor's Office.