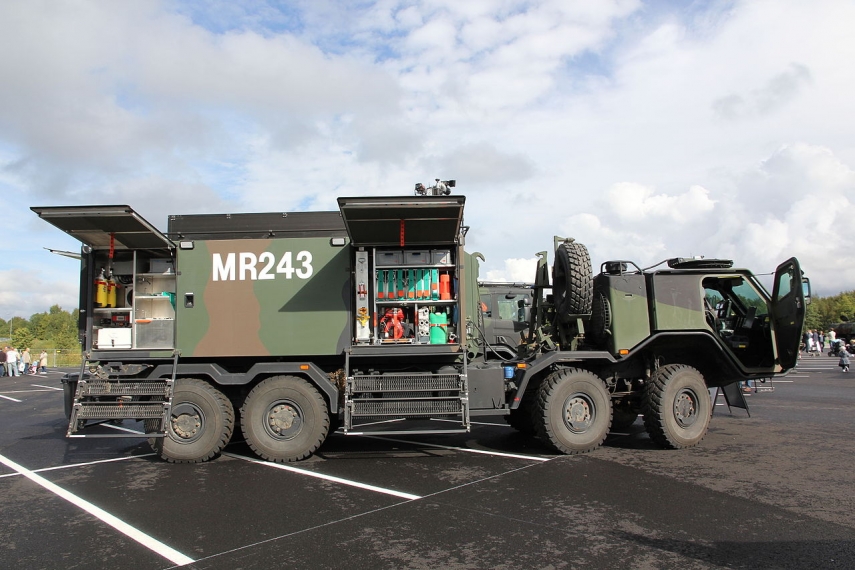 RIGA – The Procurement Monitoring Bureau (IUB) has banned the Defense Ministry from signing an agreement on purchase of armored vehicles worth EUR 200 million with Finnish company Oy Sisu Auto Ab, according to the information published on the internet website of IUB.

Two bidders – South African company Paramount International Marketing and US AM General LLC filed complains about the outcome of the tender.

The IUB decision can be appealed at the administrative district court in a month.

According to the procurement watchdog, the Defense Ministry has committed number of violations in the procurement procedure, failing to fully reflect its needs in documentation and amending tender requirements.

Judging from information available on the Internet, Sisu Auto's vehicles Sisu E13TP are used by the Finnish, Lithuanian and Estonian armed forces. The most popular Sisu Auto vehicle, Patria Pasi is used, for instance, by the armed forces of Austria, Denmark, Estonia, Finland, Ghana, Norway, Sweden, as well as in UN peacekeeping operations.