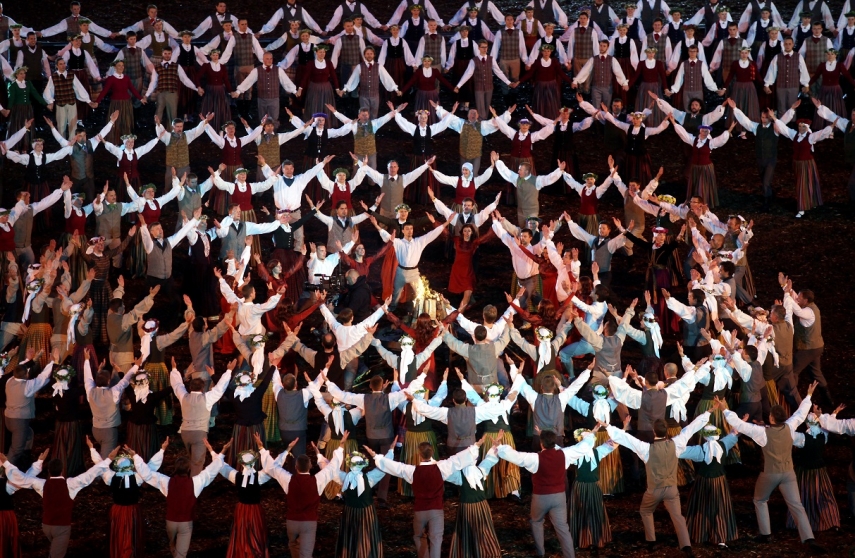 RIGA - Previously reserved tickets to the XXVI Song and Dance Festival's closing dress rehearsal concert which have not been purchased have gone on sale, according to the Bilesu Serviss ticket outlet.

2,083 tickets to the July 7 concert have been made available yesterday.

Reserved tickets which went unsold have been released for several other Song and Dance Festival events as well.

Tickets to the closing concert on July 8 are sold-out. Tickets to the grand dance event, as well as the rehearsal concert at the Daugava Stadium, are also sold-out.

The XXVI Nationwide Song and Dance Festival will take place in Riga from June 30 to July 8.