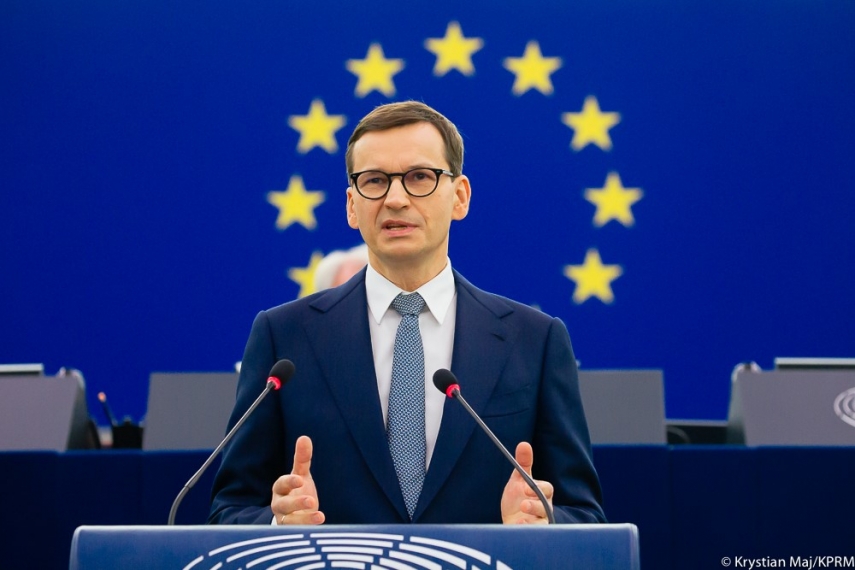 WARSAW - NATO must take "concrete steps" to resolve the migrant crisis on the Belarus border, Polish Prime Minister Mateusz Morawiecki was quoted as saying on Sunday, adding that Poland, Lithuania and Latvia may ask for consultations under Article 4 of the alliance's treaty.

Under Article 4, any ally can request consultations whenever, in the opinion of any of them, their territorial integrity, political independence or security is threatened.

"We are discussing with Latvia, and especially with Lithuania, whether to trigger Article 4 of the NATO treaty," Morawiecki told Polish state-run news agency PAP.

"It is not enough just for us to publicly express our concern - now we need concrete steps and the commitment of the entire alliance."

As part of the hybrid attack launched by the regime of Belarus' authoritarian leader Alexander Lukashenko, attempts have been made in recent months to send thousands of illegal migrants that have arrived in Belarus as tourists across the European Union's borders into Latvia, Lithuania and Poland. Most of the migrants have arrived in Belarus from Iraq.

Since Monday, migrants have massed alongside Belarus' border with Poland and have been trying to push their way into the EU.

Putin on Saturday denied claims Moscow is helping to orchestrate the situation, blaming Western policies in the Middle East for creating the migrant crisis.

"I want everyone to know. We have nothing to do with it," he told state television.

He also said that the EU should jointly finance the construction of a border wall.