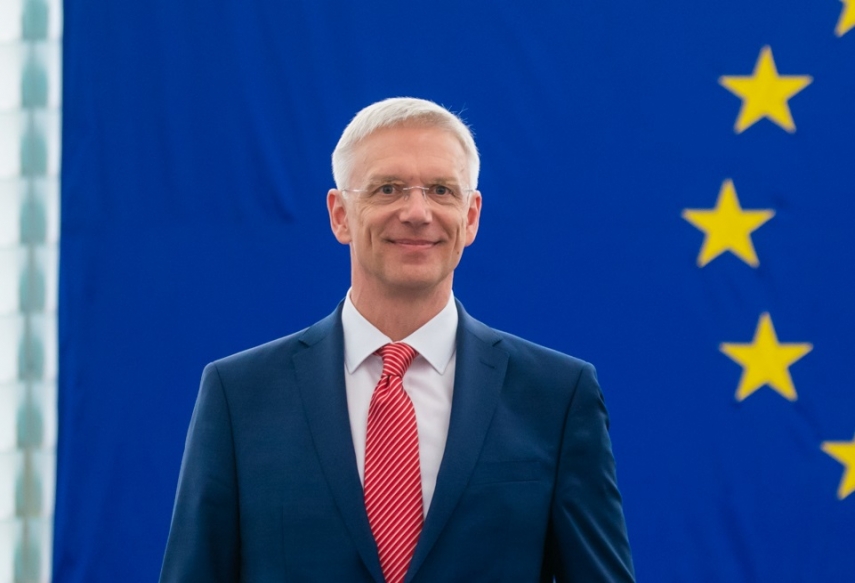 RIGA - Upon reviewing Saeima member Aldis Gobzems’ application, the State Police has refused to start a criminal procedure over a real estate deal in which Prime Minister Krisjanis Karins’ (New Unity) wife Anda Karina sold a property at 2 Skolas Street in Riga, according to information obtained by LETA.

The criminal procedure has not been started because the police found no signs of a criminal offense on the part of Anda Karina.

Police spokeswoman Sigita Pildava told LETA that the State Police analyzed the information provided in Gobzems’ application about the Karins family’s property deal and that it was decided not to open the criminal procedure since the transaction involved no crime.

As reported, in his application to law enforcement authorities Gobzems alleged possible money laundering and tax evasion in connection with the sale of the property at 2 Skolas Street.

As reported, the Organized Crime Department of the State Police had launched a probe into a real estate deal that involved Karins' spouse Anda Karina.

Karins categorically denies any wrongdoing on the part of his wife. His post on Facebook explains that he owned the property at 2 Skolas Street, which for a long time was managed by his wife. They eventually decided to register the entire property in her name.

"In 2014 a potential buyer offered to buy the property. They agreed that the property would be invested in the share capital of a startup, and that the new company's shares would be sold. My wife sold all her shares and paid all applicable taxes. The deal took several months to complete. I would also like to emphasize that no offshore companies were involved in the transaction," said Karins.