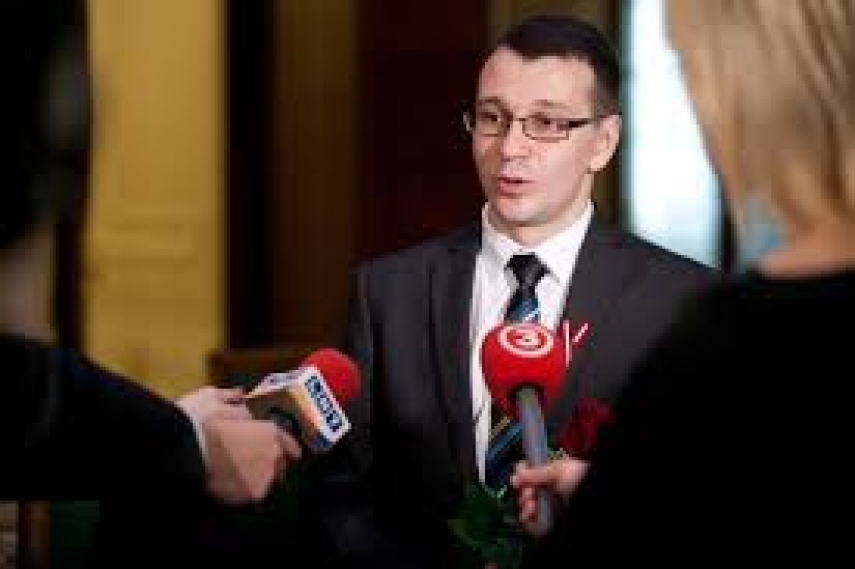 Prime Minister Laimdota Straujuma (Unity) decided to dismiss the head of the Latvian Corruption Prevention Bureau, Jaroslavs Strelcenoks, as early as last year, Strelcenoks said in an interview with the LNT show 900 sekundes this morning.

When asked about his opinion about Straujuma's motion to set up a commission on his' performance, he replied that this was no surprise as there already had been five commissions in 2014, which focused not only his performance, but on that of the bureau in general.

"I believe that the prime minister had made a decision on me already last year, when she publicly announced her support for my dismissal," Strelcenoks added.

Strelcenoks has served as chief of the Corruption Prevention Bureau (KNAB) since 2011, having previously worked as a lawyer.

As reported, Straujuma recently decided to set up a commission to assess Strelcenoks' performance. She has told press representatives that CPB's involvement in several legal proceedings makes it unclear whether the bureau practices proper management.

Strelcenoks, in turn, has warned that he may place the blame for any problems found on Juta Strike, the former deputy chief of the bureau. He claimed that she has been neither showing up for work nor assuming her responsibilities. Strelcenoks initially tried to dismiss Strike just over a year ago, allegedly over her close links to the Unity (Vienotiba) political party, but his decision was overturned by then-president Valdis Dombrovskis, who reinstated her.

"I, as the head of the institution, will definitely respond to this," Strelcenoks added. Asked whether he will initiate a new disciplinary case against Strike, he said that there are various ways on how to discipline employees.

KNAB was set up in 2002 to fight corruption throughout the public sector and politics. Latvia is assessed by the global anti-corruption watchdog Transparency International as being the Baltic country with the biggest corruption problem. In the most recent Corruption Perception Index, released last year, Latvia received a score of 55 (meaning that it is the 44th least corrupt country in the world); this compares with a score of 69 for Estonia (26th in the world), and 58 for Lithuania (39th in the world).