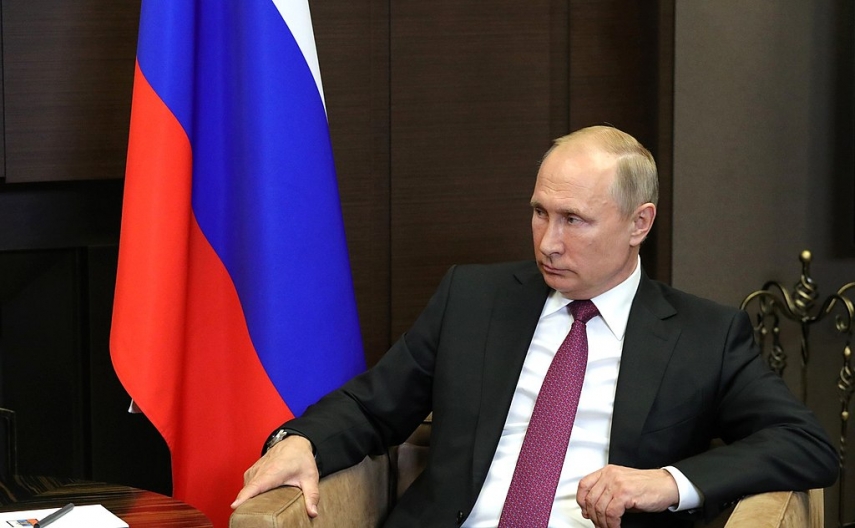 RIGA - Several of those included on the persona non grata list submitted yesterday by Russia have revealed their inclusion on the list, and include MPs, journalists and other activists, according to their posts on social media.

Justice Minister Dzintars Rasnacs (National Alliance) announced through social media today that he has been included on this list, emphasizing that ''being included on this list shows that our judicial policies are aimed in the right direction. Rasnacs said that being included on the list is an honor for him. ''I will have nothing to do with Russia as long as it is under control of a repressive totalitarian regime,'' he explained.

The head of Unity's Saeima group Hosams Abu Meri confirmed that he has also been included in the list and supports the Saeima's decision. ''This is an idea which I and Unity support strongly. Introducing the Magnitsky Law was a matter of honor for a country guided by rule of law!'', he wrote in his Twitter account.

According to information obtained by LETA has less than 29 persons on it, which means that not all MPs who voted for the introduction of sanctions have been included. For example, Augusts Brigmanis, the head of the Union of Greens and Farmers' group at Saeima, told LETA that he does not have any information that he has been included on this list.

The Foreign Ministry will inform these persons personally and thus will not make the list public.

The handing in of the list is a response from the Ministry of Foreign Affairs of Russia to the decision taken by the Saeima and titled “On the proposal to introduce sanctions against the officials connected to the Sergei Magnitsky case”. The Saeima indicated in its decision that the Russian authorities had failed to conduct a thorough, independent and unbiased investigation into the circumstances under which Sergei Magnitsky was arrested, tortured and ultimately died.

The Ministry of Foreign Affairs of Latvia is not surprised at such a list being presented, and considers that a step of this sort is not directed at the improvement of bilateral relations, the ministry told LETA.

“Pursuant resolution of Saeima (Parliament of Latvia) and based on the Immigration Law I have banned 49 individuals from entering the territory of the Republic of Latvia sending clear signal that rule of law and human rights matter,” Rinkevics tweeted.

Saeima on February 8 decided to call on the government to impose sanctions against the persons involved in the so-called Magnitsky case.

In its resolution, Saeima denounces Russian authorities for a failure to properly investigate the death of Russian lawyer and tax auditor Magnitsky, underlines Latvia’s duty to react to gross human rights violations, large-scale financial fraud and corruption, as well as calls on the government to adopt sanctions against the persons involved in the Magnitsky case.

The Saeima Foreign Affairs Committee had drafted the resolution in cooperation with MPs from various factions in the Latvian parliament. The resolution urged the Cabinet of Ministers to add the foreign nationals involved in the Magnitsky case to the list of persons undesirable in Latvia, thus banning them from entering Latvia.

The Saeima resolution also calls on the parliaments of other EU and NATO member states to pass their own Magnitsky Acts to strengthen the rule of law and expresses support for coordinated EU-wide Magnitsky sanctions.

Russian lawyer Sergei Magnitsky died in a Russian prison in 2009 after uncovering a 230-million-US-dollar tax fraud scheme. Magnitsky's supporters blame Russia's authorities for the lawyer's death, saying that he was unjustly imprisoned and did not receive proper medical care for 358 days until his death. The Kremlin denies the allegations.