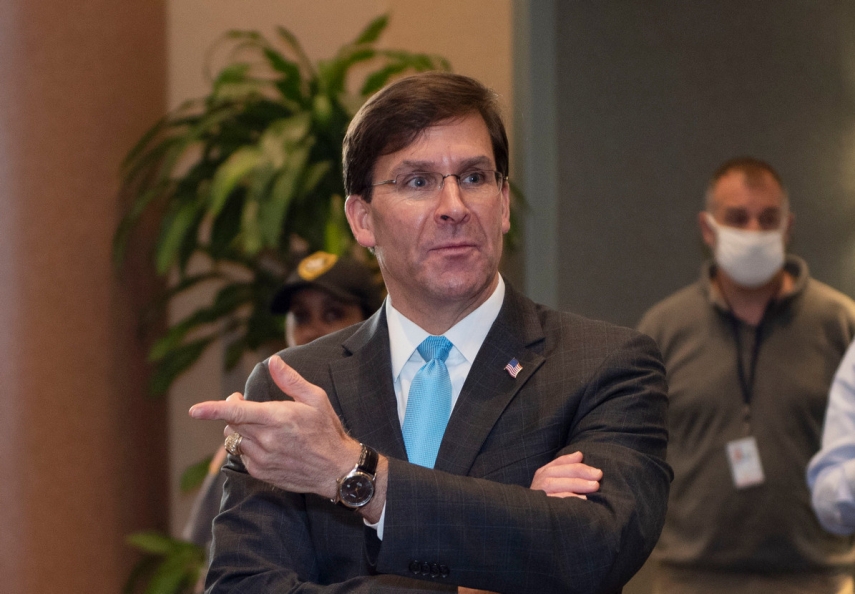 WASHINGTON - US Defense Secretary Mark Esper revealed a fresh drive to strengthen US alliances with "like-minded democracies" in part through arms sales in an effort to curb the global influence of Russia and China.

Esper said the Pentagon would systematically monitor and manage its relationships with partner countries, aiming to find ways to coordinate militaries and also to advance US arms sales.

The initiative, called the Guidance for Development for Alliances and Partnerships (GDAP), comes just two weeks before the presidential election that, if President Donald Trump loses, could see Esper replaced in January.

It also came after nearly four years of Trump's efforts to restructure and even dismantle alliances, including threatening NATO.

"America's network of allies and partners provides us an asymmetric advantage our adversaries cannot match," Esper said Tuesday, calling the network "the backbone of the international rules-based order."

"China and Russia probably have fewer than 10 allies combined," he added.

He said China uses coercion and financial entrapment to build its alliances with weak countries such as Myanmar, Cambodia and Laos.

"The smaller the nation and the greater its needs, the heavier the pressure from Beijing," he said.

He cited visits he has made to build defense relations with Malta, Mongolia and Palau, as well as US plans for a greater defense presence in Eastern Europe, including basing troops in Poland.

And he underscored the need to build closer ties to "like-minded democracies such as India and Indonesia" adding "they all recognize what China is doing."

A key part of this effort is to expand US arms sales, to both help allies improve defense capabilities and to bolster the US defense industry against competition from Moscow and Beijing, Esper said.

Esper said he has taken steps to ease restrictions on exports of "critical" weapons systems and speed up approvals, and will use the GDAP to identify arms sales opportunities and protect US markets.

He cited as an example the recent relaxation of US restrictions on the export of battlefield drones, which the United States could sell to Taiwan and the United Arab Emirates.