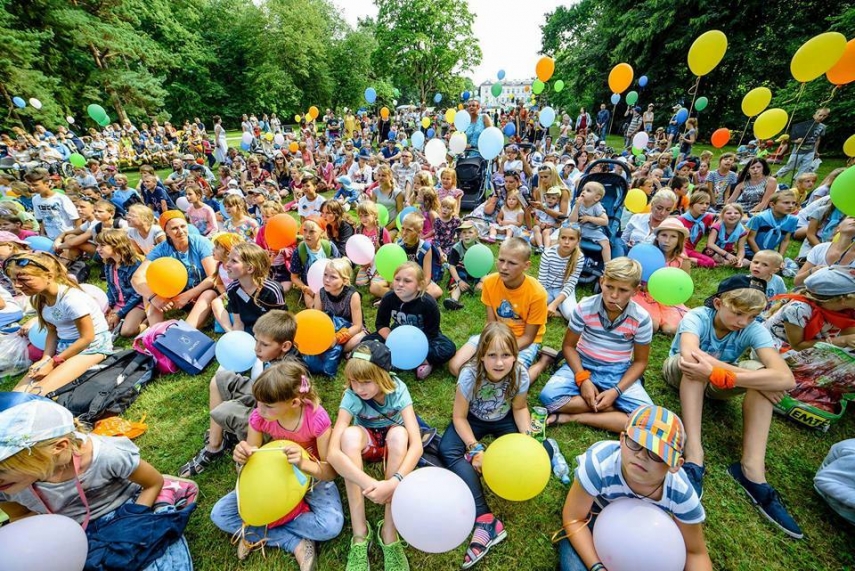 Some 600 children from socially vulnerable families from all over Lithuania swarmed Palanga in July. 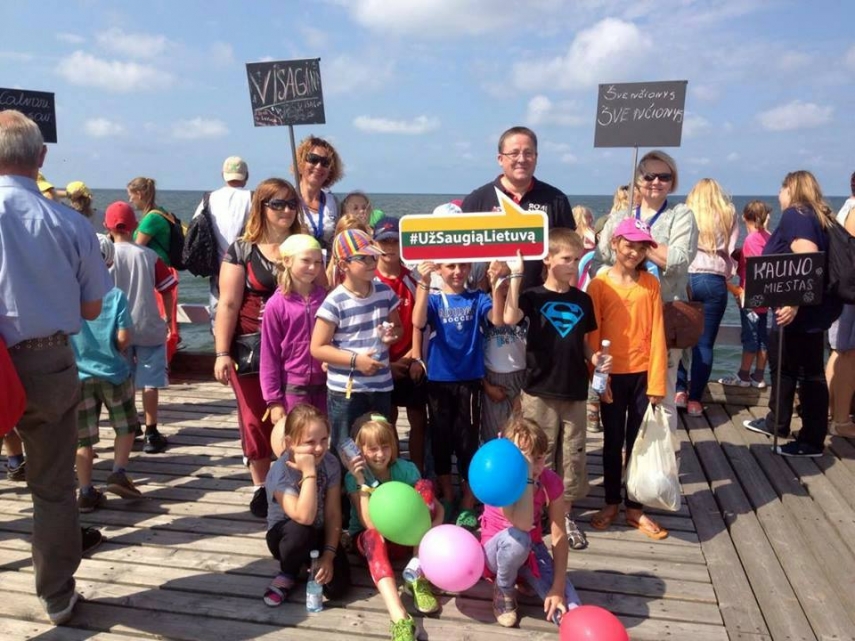 Palanga mayor Sarunas Vaitkus is happy: “The endeavor has been fulfilled!”

Most of us melt from the happy laugh of a child, but many underprivileged children in Lithuania can barely squeeze a smile amid the families’ daily struggle to eke out a living. Statistically, every fifth family in the country gets by in poverty — making 259 euros, or less than that, per family member a month. Mindful of joy-deprived children, Palanga, the Baltic resort, has invited 600 children from socially vulnerable families from all over the country to the seaside this summer.
For free, as the transportation, accommodation, and nourishment have been provided by benevolent partners of the social project. Behind it stands the exuberant mayor of the resort, Sarunas Vaitkus, a father of three who has vowed to turn Palanga into a family-friendly destination.

A lot has been done in that regard already, so when Lithuanian President Dalia Grybauskaite voiced an initiative “For a safe Lithuania!” to the country’s 60 mayors at the Presidential Palace earlier the year, Vaitkus saw that the chance to make many children’s lives merrier had come.

“Despite the fact that Lithuania is a marine state, there are hundreds of children who have never seen the Baltic Sea. Not all families, alas, can afford bringing their kids to it, so the idea — get them here — popped up in my mind in the meeting with the president, who emphasised the urgency of issues facing social risk families,” the Palanga mayor told The Baltic Times.

Forty municipalities swiftly responded to the seaside municipality’s call to submit lists of children between 3 and 16 and their chaperons qualifying for the free Baltic Sea trip.
Needless to say, the children’s ever first encounter with the sea was full of tizz and joy.
Along the way to the sea, the throngs of children had to make their way through the Kingdom of Bubbles. Some of the littlest were unable to resist the desire to join the bubble blowers settled along Meile Alley. Before turning up at the sea, the children were herded to the Jurate and Kastytis Square and asked to make a wish, which certainly will come true as most of the wishes pan out to the Baltic Sea.

“The sea is really wonderful — so vast and it seems as if it is very far away from where we live. It feels amazing to experience its beauty and prowess first-hand,” the mothers said, feeling excited with their offspring splashing in the waters attentively guarded by Palanga Beach lifeguards.
Swarmed by a dozen greeters, Vaitkus, the mayor, was over the moon: “Such a thing, I promise, will become annual. Especially since the local community has vigorously extended its support for it.”

And here is another reason for many families to start planning a journey to Palanga, cherishing the name as a family-friendly resort. Last weekend, it added a Lithuanian Fairytale Park to a set of children-oriented activities in the town.
Some of the fairytale heroes in the amusement park have incarnated into mesmerising state-of-the art structures — all of which can be tapped, saddled, and otherwise figured out by the young and curious visitors.
The park is situated in the pine forest at Birute Park and takes up two hectares. The open-air children’s amusement place will be inviting all year round and Palanga hints it is about to craft some new projects for children.