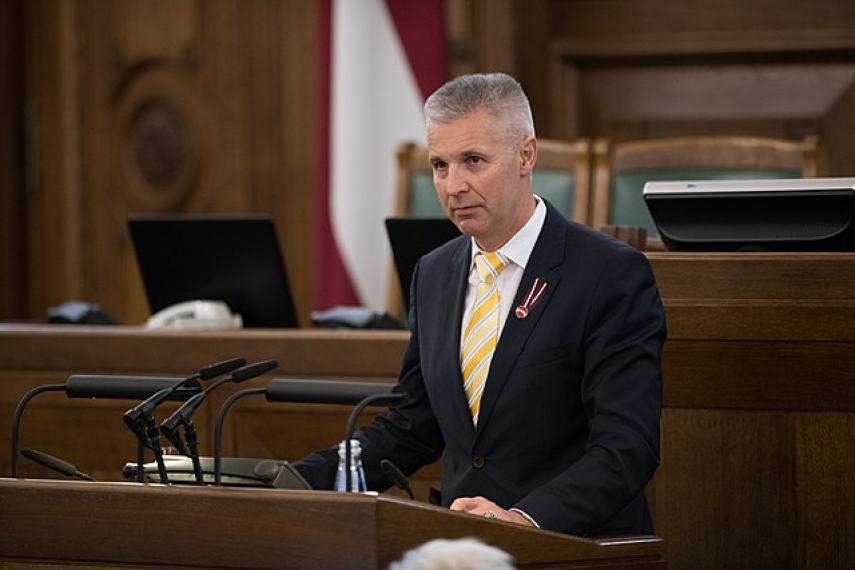 RIGA - Defense Minister Artis Pabriks (For Development) has requested to identify those Afghan citizens who assisted the Latvian mission in Afghanistan and grant them asylum, Pabriks announced on his Twitter account today.

He made such a request to the Defense Ministry and the National Armed Forces.

As reported, Pabriks earlier this week called on the Interior Ministry to urgently grant asylum to an Afghan citizen who has been assisting in shipment of NATO cargos, including cargos from Latvia, to military basis in Afghanistan.

According to the information published on the Defense Ministry's portal sargs.lv, this information is prove by copies of the agreements attached to the letter sent to Pabriks. Latvian companies who have cooperated with the Afghan citizen, praised the experience in their cooperation.

As the Afghan citizen has helped the NATO allies in Afghanistan, he and his family received life threats.

He said in a letter to Pabriks that the security situation in Afghanistan is critical and deteriorating every day - the Talibs have already killed some local residents who earlier supported the NATO forces in Afghanistan.

The Defense Ministry has also requested assistance of the Foreign Ministry to help the Afghan citizen to arrive in Latvia, and the Interior Ministry to ensure the asylum granting process. Because of the threats to the persons life, this matter should be processed urgently.