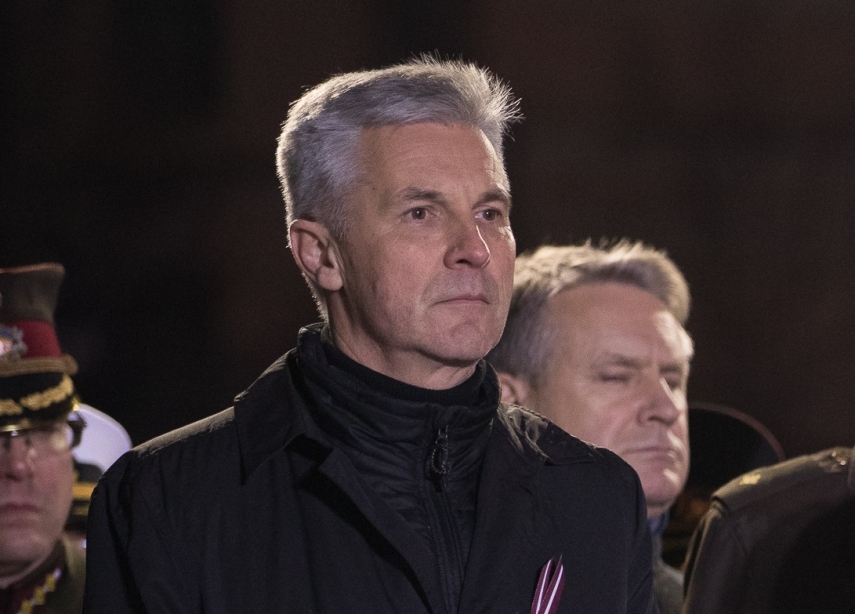 RIGA - Defense Minister Artis Pabriks (For Development/For) during a visit to the United States underlined the necessity to boost the US' military support to Latvia, LETA was told at the Defense Ministry's press office.

Last week, Pabriks attended the Reagan National Defense Forum in California, US. During that event, the Latvian defense minister met with the US Under Secretary of Defense for Policy, John Rood, and called on the US to increase its military support to Latvia.

During the meeting with Rood, the Latvian called the US one of Latvia's key strategic defense partners, praised current bilateral cooperation and thanked the US for its contribution to bolstering regional security.

Pabriks noted the necessity for greater US military support to Latvia also during a meeting with Republican Congressman Michael Turner from Ohio.

The Reagan National Defense Forum, a bipartisan annual event held at the Ronald Reagan Presidential Library in Simi Valley, California, brings together US and foreign defense officials, politicians, business representatives and members of the media to discuss the US' defense policy and development of military capabilities, cooperation with allies, as well as strategies for dealing with current security challenges.