On Friday, the sails of the Green Capital of Europe will be raised in Tallinn Botanic Garden 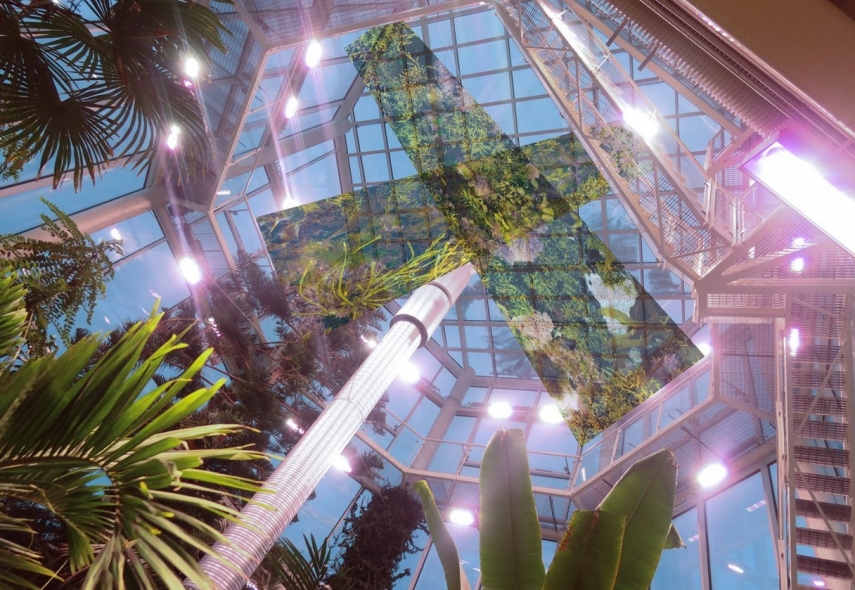 This Friday, 13 January, at 15:00, the artist Peeter Laurits will raise the sails in the Palm House of the Tallinn Botanic Garden, thus opening the special program of the Green Capital of Europe. The sails over palm trees and araucaria, have printed images of the Arctic Ocean algae.

The work is based on the contrast – the plants of the Arctic against tropical plants as well as the flora of the ocean against the terrestrial flora. Views photographed from top to bottom should be viewed from the bottom up, which is evidence of the relational ties of all life forms.

Peeter Laurits spent the summer solstice period of 2022 near the Arctic Ocean, at the Slettnes lighthouse located in the northernmost point of Europe, where, at the invitation of Hilde Methi, Signe Lidén and Arjen Mulder, he took part in the Academy for Rhythmorphology workshop. “The aim of the workshop was to focus on the rhythmic movements of nature during the peak of the polar day, especially the rhythm of the tides, and to get to know the ocean biota. The workshop hosted 12 artists representing different countries and specializations. Together we spent a week recording underwater sounds, filming underwater videos, photographing, sifting plankton, taking measurements, and holding workshops,” explained Laurits.

In the year when Tallinn bears the title of the Green Capital of Europe, one of the main goals is to increase global environmental awareness, which is why the special program of the Tallinn Botanic Garden occupies an important place in the Green Capital program. “In a situation where we consume several times more of the Earth’s resources than nature can reproduce, it is necessary to understand that respect for the environment should be a generally accepted principle. We simply have no other choice. Therefore, through various events and programs of the Green Capital, we encourage people to think about environmental issues to better understand why it is important to protect the environment and how each person can make the best contribution to environmental care,” said the head of the Tallinn – The Green Capital of Europe project Krista Kampus.

The special program of the Green Capital of Europe at the Tallinn Botanic Garden is available at https://botaanikaaed.ee/roheline-pealinn