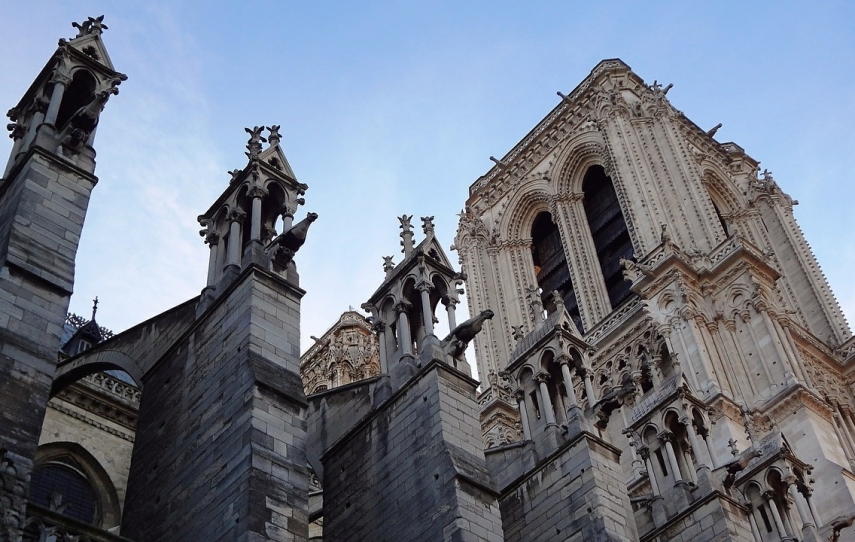 MOSCOW - The Notre Dame fire is a sign not only to Europe, but also to Russia, and therefore what happened cannot be perceived as someone else's trouble, priest Alexander Volkov, press secretary of Patriarch Kirill, said.

"Speaking about the spiritual aspect of this story, it is a horrible and menacing sign to our entire European civilization, not only to the Parisians, who have let Muslims come to live with them. It seems to me that God doesn't act locally, he loves all his children and calls on everyone to come to reason," father Alexander said on Facebook.

"The church in Kizhi is also a part, but it is strange, to say the least to make the French cry or even demand the recognition of Kizhi as the same part of our Christian heritage, in actual fact this approach is deprived of internal nobility, intelligence," the priest said.

"The sadness and grief for the burned cathedral in Paris is one grief and one sadness. The seized churches in Ukraine is another, Kizhi is a third. Our national disgrace in the deteriorating churches in the regions is also our pain. But why mix it all together and say 'no, look, what problems we have'. It is good and right to have compassion with the French, but the tragedy is deeper. And it is definitely not in the fact that something is taken from someone, like one priest said here, that we are Orthodox and nothing is taken from us. Something is taken from everyone, and from us, too," Patriarch Kirill's press secretary said.

A destructive fire took place in the Notre Dame Cathedral on April 15.