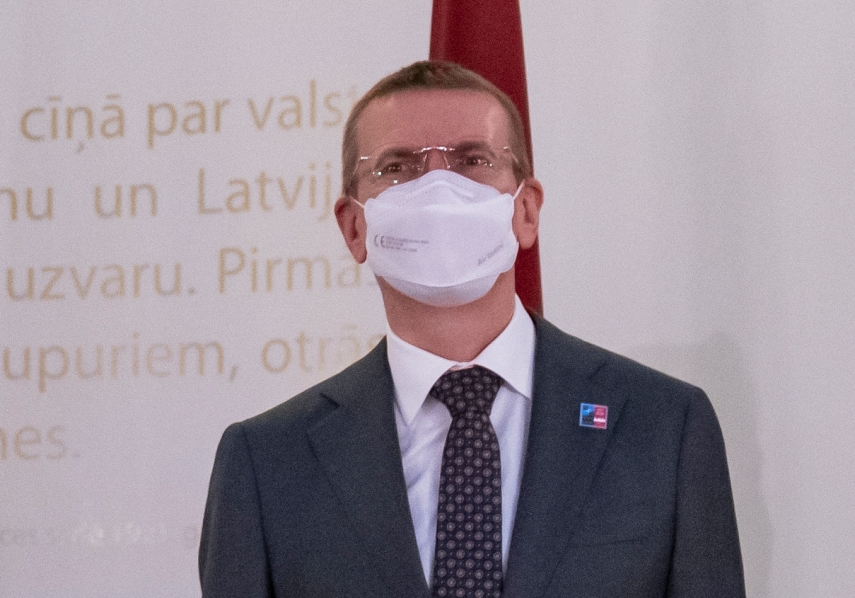 RIGA - The new strategic concept of the Alliance may become the most important NATO political document of the decade, Foreign Minister Edgars Rinkevics (New Unity) emphasizes in the annual foreign policy report.

He points out that the strategic concept is planned to be prepared before the next NATO Summit, which is scheduled for 2022 in Madrid. According to the Minister, the task of the strategic concept is to provide a description of the global and Euro-Atlantic security environment, a list of threats and potential threats, and to offer a common strategic vision and desirable principles for NATO action over the next decade.

"There is a clear desire on the Allies to jointly strengthen NATO's role as the world's strongest military alliance over the next decade. In the Euro-Atlantic area, the main threats continue to be posed by Russia's aggressive behavior, as well as international terrorism, which is a constant and simultaneous threat of varying intensity, and which may have a long-term impact on global security," he said.

Rinkevics also points out that in addition to the above, a common position must be formulated regarding the rapid growth of China's role in the conventional military field and the technological field, as well as in view of China's active investment in critical infrastructure.

The Foreign Minister points out that while a dynamic international security environment remains, the concept must provide for the possibility of later identification of new, previously unidentified threats. Given these circumstances, in Latvia's view, NATO's central role in defense and deterrence must remain in the concept - NATO must be prepared to respond to any threat.

"So far, NATO has successfully adapted its defense and deterrence policy, exemplified by the presence of Allied forces in Latvia, deploying a NATO Battlegroup made up of ten Allies, thus strengthening the defense of the Baltic States and deterring Russia," Rinkevics said in an annual report. .

In his view, this adaptation should be continued, while maintaining flexibility for future changes in the key parameters of the security environment. The hybrid threat posed by Belarus to NATO's Eastern flank shows that it can affect several Allies simultaneously in a closely linked process, and NATO needs to further develop its ability to respond in a coordinated manner.