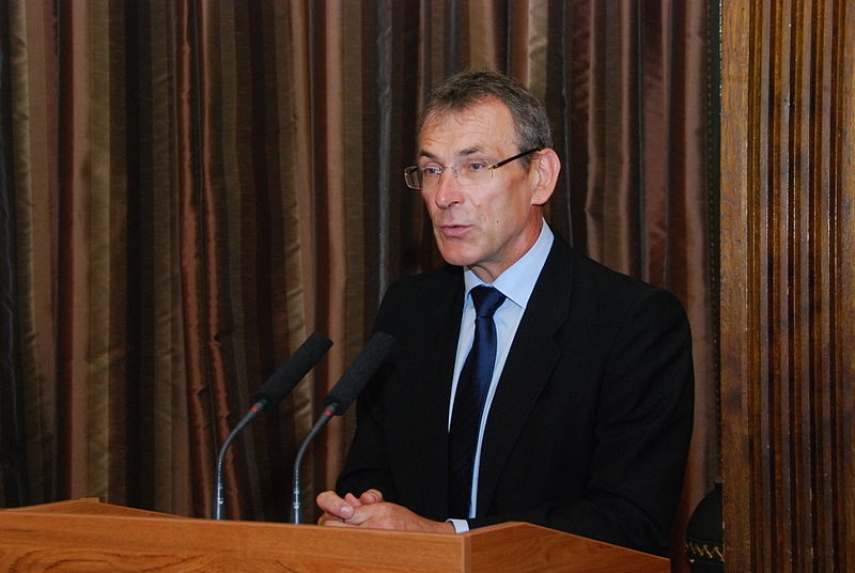 The extraordinary congress is a turning point for the Unity, newly-elected party leader Andris Piebalgs has said, adding that he would like party members with differing opinions on certain subjects to find a common language with each other in order to work together in the future.

"The Unity is ready for a change, judging by the attendance of the congress, the activity of members, their questions, and the vote on the two candidates to the party leadership,” Piebalgs said after he was elected Saturday.

He confirmed that he would gladly continue working on the Unity board together with the party’s former leader, Solvita Aboltina, and his rival in the battle for party leadership, Edvards Smiltens.

Piebalgs added that the Unity must win back its reputation as a rule-of-law party with zero tolerance to conflicts of interest and illegalities.

Speaking about the Unity’s problems, he said the party had to change if it wanted to keep its role and influence in the Latvian politics. "We cannot afford populism, washing our dirty linen in public, or ignoring the party’s joint interests.”

Latvia has to become a strong and wise nation and the Unity is the only party which can make that happen, he stated.

Unlike the many “saviour parties” which appear on the political stage in Latvia, promising the sun and the moon, the Unity has both feet firmly on the ground therefore populism will not be its answer to the problems in this country, Dombrovskis said Saturday.

The Unity will only be able to survive the internal crisis and recover its strength if it consolidates and becomes one. “This is going to be the first and foremost task of the new party leader. People will have confidence in us only if we had confidence in ourselves,” he stated.

According to Smiltens, the Unity must be able “to oust the pro-Kremlin power from Riga,” apparently referring to the leftist pro-Russia Harmony party, which is the ruling party in the Riga City Council.

Smiltens said he would like the Unity to become a party which could anticipate crises and prevent them before they had hit in full force. So far “adrenaline has been a friend” for Unity, namely, the party’s strength is to take decisive actions in critical situations.

The Unity must be a strong party with roots in the provinces and good representation both in the Latvian parliament and the European Parliament, he stated.

Piebalgs said that the party’s board will hold two meetings on Monday, June 6, to discuss the further work of the Unity.

Piebalgs, Latvia’s former EU commissioner, was elected as the new leader of the Unity party at the extraordinary congress in Riga Saturday. Out of 427 delegates who had registered for the congress, more than 230 voted in his favour. The other candidate was Smiltens, who got re-elected to the party board.

Aboltina was elected to the board with 212 votes, alongside a number of Unity members who had served on the board before —  Karlis Sadurskis, Alvils Aseradens, Rihards Kozlovskis, Janis Reirs, and MEPs Krisjanis Karins and Artis Pabriks.

About one third of the board members were replaced, including the entire internal opposition. Those who lost seats on the Unity board include former Prime Minister Laimdota Straujuma, MP and former transport minister Anrijs Matiss, MEP Inse Vaidere, as well as MPs Aleksejs Loskutovs and Andrejs Judins, representing the group of the so-called ”Liberal Six” in the Unity’s parliamentary faction.

The Unity held the extraordinary congress in Riga to elect new party leadership in the wake of a recent dramatic loss of popularity rating, which has dropped below the 5 per cent electoral threshold.

Aboltina stated earlier that the congress was necessary to determine whether the party had a future, and it is because of internal squabbles and poor performance of the previous government that the party has found itself in this situation.