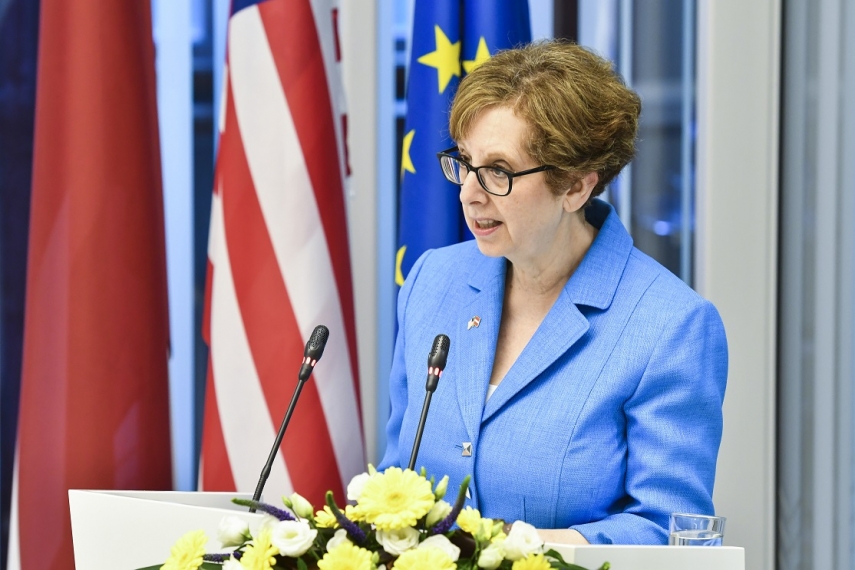 She congratulated Krisjanis Karins (New Unity) on becoming prime minister and forming the new government and said that she is planning on meeting with Karins and government ministers in the coming weeks to discuss the government's priorities and its fight against corruption and money laundering.

''As we have seen around the world, corruption is often used by hostile nations to gain influence and sow instability in countries,'' she said, adding that the government must have a unified approach to fighting corruption and money laundering.

The ambassador said that no country is immune to corruption, including the U.S., but added that the U.S. will continue to support Latvia in helping to tackle corruption related problems and to fight corruption in the country.

She also said that Latvia must do more so that foreign investors do not have an image of Latvia as a money laundering paradise.