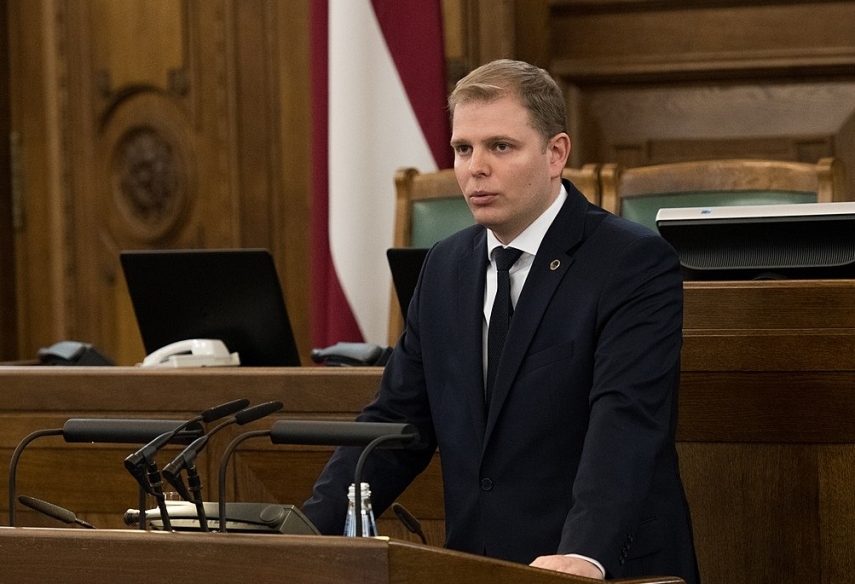 RIGA - The New Conservative Party will continue to insist on increasing the monthly non-taxable minimum income and minimum wage to EUR 500 as of 2020, Krisjanis Feldmans, deputy chairman of the party's Saeima group, told LETA.

When reminded that several coalition members have voiced skeptical opinions about increasing the minimum wage to EUR 500 as soon as in 2020, Feldmans said that the New Conservative Party would continue to urge the public to help convince the coalition partners.

Commenting New Unity's statements that such major changes could only be introduced in 2021, if not later, Feldmans said that the other coalition parties, including his party, For Development/For, National Alliance and KPV/LV, had different initiatives, which they would pursue during the discussions about the 2020 state budget.

Feldmans also emphasized that the government's declaration never said that sweeping changes could only begin in 2021, and called for swift and decisive action.

The New Conservative Party, with just 15 Saeima members, does not have much of an influence, and yet it has been created to bring a positive change, said Feldmans.

According to the premier, one government partner insists on raising the minimum wage, but no final decision has been taken as yet and discussions continue.

Karins believes that it is important to raise the non-taxable minimum wage, as raising the minimum wage will be driving up wage inflation.