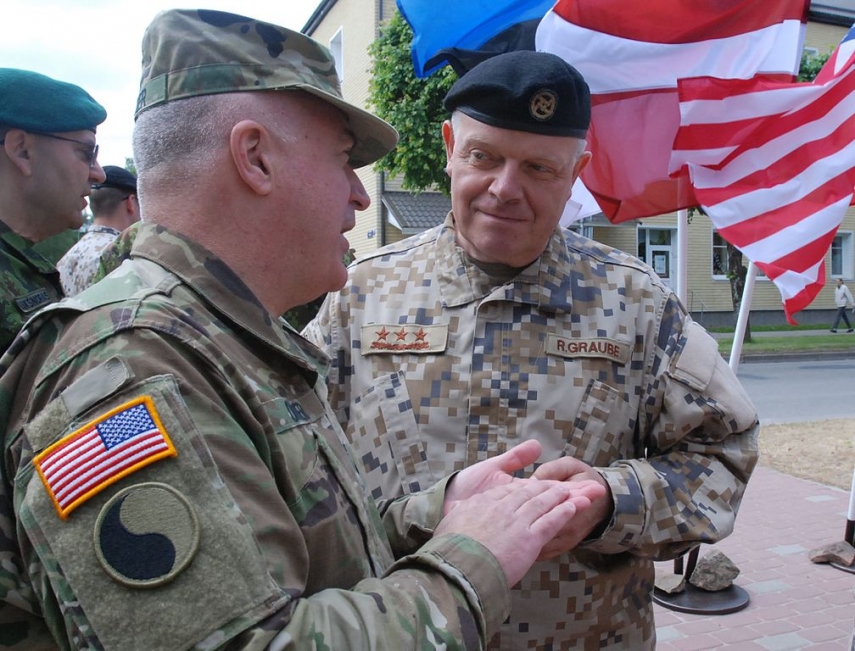 RIGA - Politicians of NATO member states must be more active and more clear in communicating with Russia, so to make this country understand that it is not invulnerable, Latvia's former chief of defense Lieutenant General Raimonds Graube believes.

In an interview with LETA, the former NAF commander said that Russia has deployed to Kaliningrad and its western regions many of its most modern weapons systems meant for attack purposes, like, for example, Iskander tactical missile systems. Such weapons of course are seen as huge threats to the public, but he reminded that NATO has the most modern arms in the world.

Graube pointed out that it is necessary to demonstrate on the political communication level to Russia that NATO is not afraid of its threats, as these Russian weapons are vulnerable. ''NATO has weapons systems which are capable of neutralizing these Russian systems,'' he added.

''This should not be perceived as a threat to Russian residents, but Russia must understand that boasting with weapons is pointless. Our politicians must have more active and clear communication with Russia on this,'' Graube said.

Of course Russia is a military power, however, many military experts believe that the Russian president is bluffing at the moment and exaggerating the capabilities of its modern weapons systems. At the same time, the Baltic States should not feel like bunnies and over dramatize Russia's superiority. Russia, by flexing its military muscles, it attempting to influence public opinion in the Baltics, but Russia must be made to understand that it itself is not invulnerable.