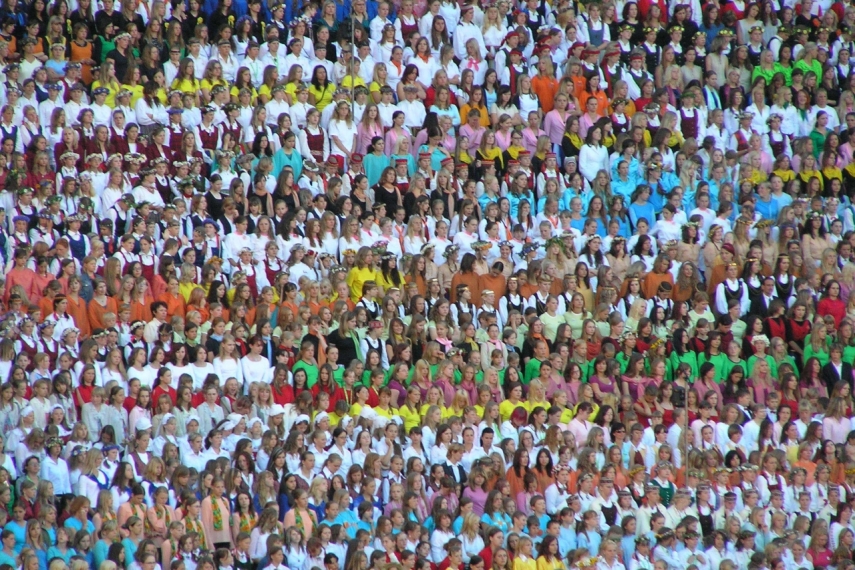 Latvians celebrate the most recent Song and Dance Festival in 2013 (Image: Creative Commons]

Most Latvians living abroad are mostly planning to move back during the next five years, according to a survey carried out by researchers from the Philosophy and Sociology Institute of the University of Latvia.

During a meeting of the Latvian Parliament's Citizenship, Migration and Social Cohesion Committee today, Inta Mierina, the head of the project, informed MPs about the initial results of the study, but emphasised that these were just preliminary data and the final data could be slightly different.

According to the results of the survey, 24 percent of Latvians are "certain that they will move back" to Latvia within five years. 27 percent are "considering this possibility" and 32 percent "would return if the conditions were right." 2 percent said they "were not planning to go back" and 11 percent said it was "unlikely".

There also are many Latvians who say they will move back to Latvia after retirement. Only a very small number of respondents said they were planning to return during the next six months.

Most of those who plan to return to Latvia in five years are younger than 30. Likewise, most people employed in construction or agriculture are planning to come back in five years, as well as those with lower levels of education, who have a family in Latvia, or who currently reside in Ireland or former Soviet republics. Respondents who were, on average, not planning to return to Latvia included emigrants with higher education, those working in health or social care, residing in Germany, as well as those who have moved abroad together with their children.

Members of the Latvian diaspora abroad were also asked to give factors that would make them consider going back. While the reason for leaving Latvia was economic problems with most respondents, the most popular responses why they want to go back to Latvia include longing for their home country, family and friends who live in Latvia, real estate, and the wish for their children to live in Latvia. Deterrents include concerns about finding a job, insufficient state benefits, concerns about career opportunities and feelings of disappointment about the current state of Latvia.

The final results of the project will be presented on January 26. In total, more than 14,000 members of the Latvian diaspora in 118 countries were surveyed via the Internet.