Minister for Finance Janis Reirs: Institutional cooperation and effectiveness is of vital importance for the development of the financial sector 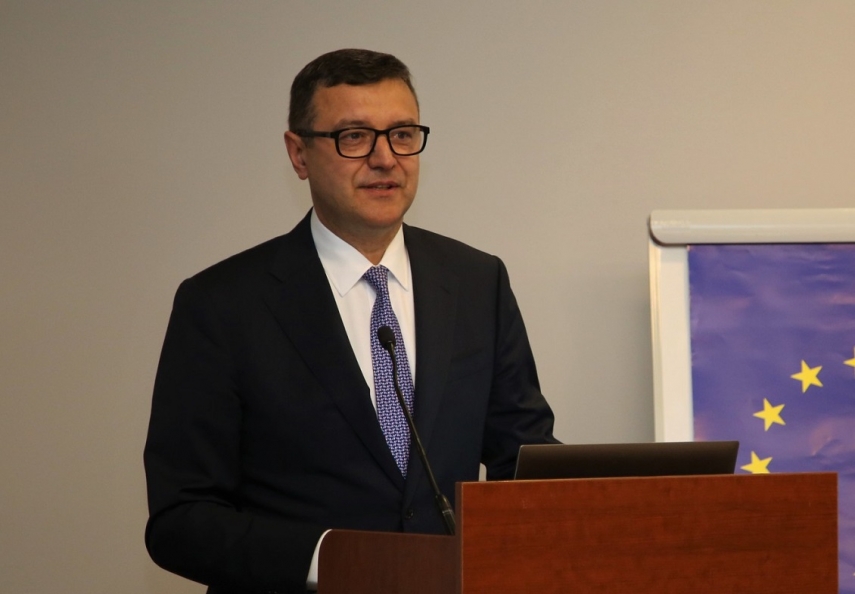 On Wednesday, June 5, the conference "Towards Effective Prevention and Combating of Money Laundering" was held in Riga. It was organised as the closing event of the "Anti-Money Laundering Training Programme", which has been implemented since 2017, in cooperation with the Structural Reform Service of the European Commission and the Fiscal Information and Investigation Service of the Netherlands (FIOD -Fiscale inlichtingen- en opsporingsdienst). The Training Programme was specifically developed to strengthen the capacity of the law enforcement, judicial system, supervisory authorities and other competent institutions of Latvia in the field of mitigation of money laundering risks.

At the opening of the conference, the Minister for Finance Jānis Reirs emphasised: "We have done a lot in the field of anti-money laundering recently, especially in enhancing the regulation - both by becoming the OECD Member State, introducing the norms of the European Union, and taking part in the MONEYVAL assessment process. At present, the next logical step on our agenda is the development of institutional capacity, cooperation and effectiveness, as well as the consolidation of productive and sustainable financial sector."

The Minister for Justice Jānis Bordāns also took part at the opening of the conference, stating the following: "Latvia has completed a significant stage on its way towards effective prevention and combating of money laundering. We have managed to mobilise ourselves over a short period of time and agree upon urgent measures, as well as to commence the immediate fulfilment thereof. The quality of Latvian legal system and its laws is high enough to introduce zero tolerance towards money laundering. What we need the most now is a proactive and persistent fulfilment of laws, ensured by wise and purposeful professionals."

The purpose of the Training Programme was to promote the understanding of the involved institutions regarding the anti-money laundering, to enhance the skills in several specific fields and, via practical project implementation, to facilitate investigation of cases and obtaining evidence. Among the main benefits gained from the Training, the participants mentioned improved mutual institutional cooperation, common understanding regarding money laundering and its types, as well as common understanding regarding the indirect proof method.

“On a European level, the strengthening of the exchange of information between European supervisors is important but finally it is about making sure that criminals are prevented to enter the financial system and if they do so, that they are properly investigated. It also means that financial institutions are persuasively fined when their systems are not up to standard,” said Head of the Structural Reform Support Service in the European Commission Maarten Verwey.

“Most important take-away for Latvia, I think, is the change in thinking about money-laundering. Further legislative work but especially enhanced co-operation requires a willing attitude between institutions and people. Real confidence in each other, making the most of each other’s possibilities and powers in a whole of government approach is the ultimate challenge,” emphasized director of FIOD Machiel Vink.

In total, 747 participants from 14 various institutions attended the Training. Implementation of the Training was coordinated by the Ministry of Finance with the organisational support from the School of Public Administration and the Court Administration. The Training Programme and the conference is financed by the European Union, within the scope of the Structural Reform Support Programme.