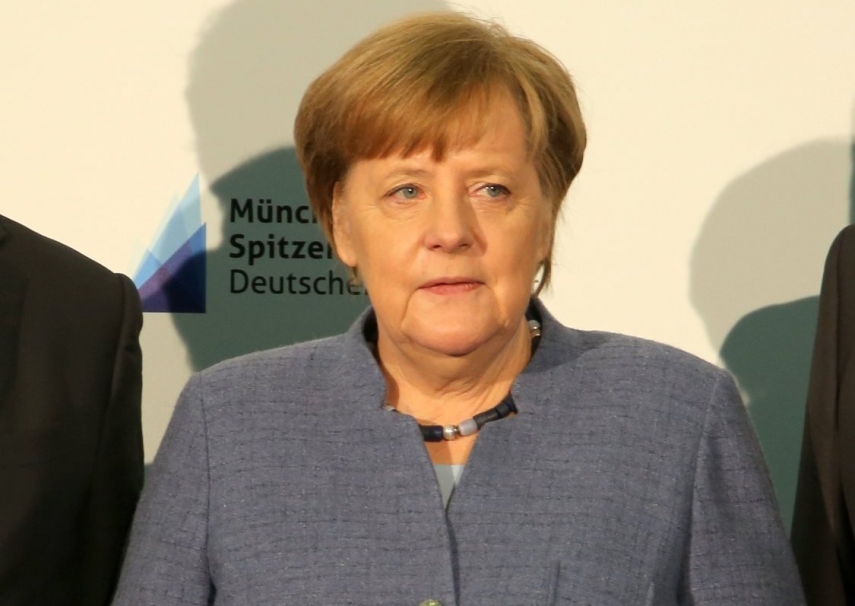 RIGA – Germany understood the need to bridge the gap among countries and regions in the EU, said German Chancellor Angela Merkel during the meeting with Latvian President Raimonds Vejonis.

On February 22, Vejonis met with Merkel during his state visit to Germany.

During the meeting, Vejonis stressed that an active exchange of high-level visits between Latvia and Germany was a clear testimony of our shared values, goals, and ideals. “We share an active political dialogue and constructive and practical cooperation both bilaterally and in multilateral fora, including the European Union and NATO,” stated Vejonis.

“Increasing trade intensity already characterizes the economic relations between Latvia and Germany. At the same time, we are ready to develop new cooperation directions, which is also confirmed by the large business delegation from Latvia that will join me in Hamburg,” noted the President of Latvia.

The President of Latvia acknowledged that Latvia saw the potential to develop closer cooperation in digital and scientific areas, as well as in the transport and logistics sector.

Simultaneously, continuing the excellent cooperation in tourism and student attraction is essential. Vejonis indicated that Latvia wished to see Germany as a cooperation partner to create synergies between research institutions, educational institutions, and organizations.

At the meeting, the officials also discussed the issues related to the current agenda of the EU, including Brexit, the forthcoming elections to the European Parliament, and the strengthening of the Eurozone.

In his turn, regarding the EU multiannual budget, the President of Latvia stated that leveling out of the standard of living in the EU should become an absolute priority of the EU multiannual budget after 2020. “Latvia has no acceptable cuts in the Cohesion Policy, which are above average and twice as high as Brexit–incurred shortage,” stressed Vejonis.

During the meeting, Merkel stressed that Germany understood the need to bridge the gap among countries and regions in the EU. “We have faced the issues of regional development in East Germany and, based on that experience, we will also look for an appropriate approach in the EU multiannual budget negotiations,” stated Merkel.