MEP Petras Auštrevicius: “A new migrant wave from Afghanistan not the worst-case scenario” 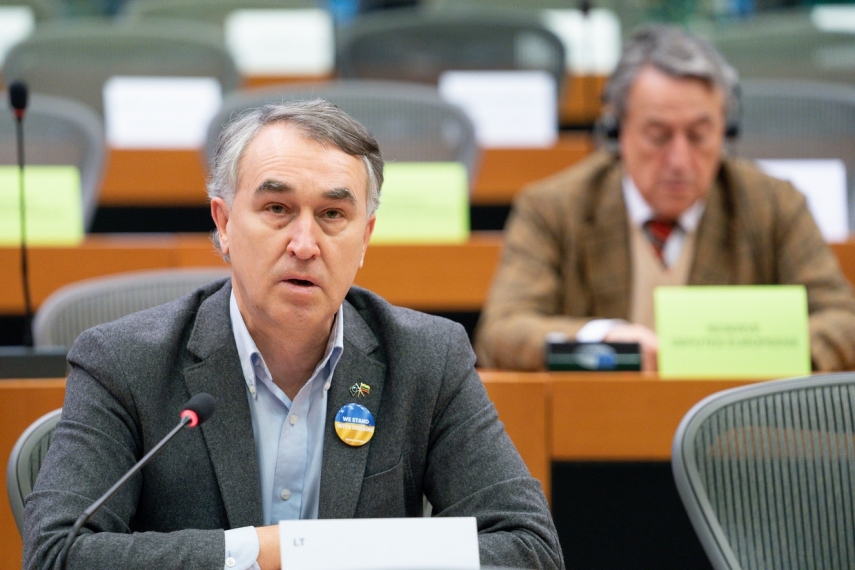 Photo: Petras Auštrevičius is a Renew Europe euro-parliamentarian (MEP) from Lithuania and Chair of the EU delegation for relations with Afghanistan 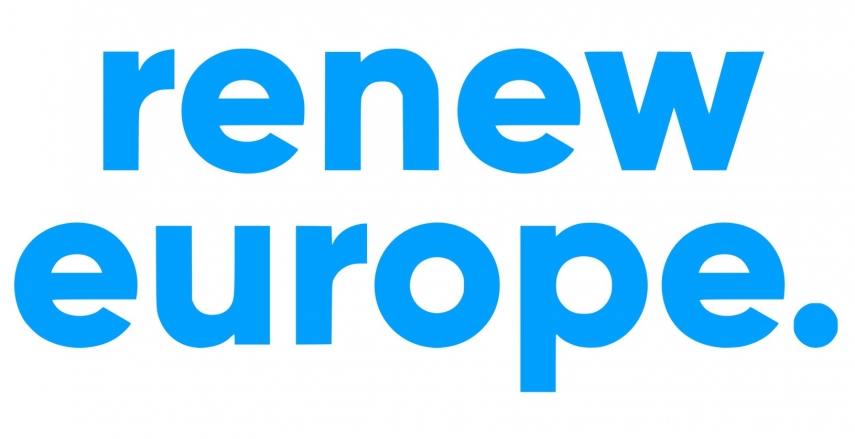 The world is small and whatever happens in seemingly far-flung and remote regions, like Afghanistan, for example, is reverberating all over, in Europe especially. “A new migrant wave from there would be the least headache perhaps, considering the explosive – literally – nature of the ammunition stockpiles that the Taliban regime possesses,” Petras Auštrevičius, a Renew Europe euro-parliamentarian (MEP) and Chair of the EU delegation for relations with Afghanistan, told The Baltic Times Magazine.

On my way to the European Parliament to meet you I saw a clamorous picket against the Iranian regime following the death of 22-year-old Mahsa Amini, an Iranian woman, in police custody last month. The local newspaper covers seemingly have just brief annotations of the new developments of the war in Ukraine. Is it not getting overshadowed by other events, in Brussels at least?

Indeed, we have to agree that Brussels – especially it – lives in what I call a very macro world, where every major event – regardless of the place it happens – resonates, and certainly it does so in the European Parliament. Particularly, human rights issues are very sensitive here. So the picket over the death of the Iranian woman against the Iranian regime, which undermines the people’s, especially women’s rights, does not surprise me – the indignation is understandable. But the war (in Ukraine) – due to its senselessness and brutality – still stands out on most euro-parliamentarians’ agenda – we have tabled dozens of resolutions condemning the aggressor (Russia – TBT). As you know, the European Union has passed eight sanction packages against it – and adopted various assistance packages for Ukraine. Although the war has been going on for nearly a year now, some events, like the heinous attacks on civilians and a market in Avdijevka (a Ukrainian town – TBT) where at least nine people were killed this Monday, on October 10 (the interview took place on October 12 – TBT), still horrify.

Let me tell you frankly: even here in the European Parliament, some had thought that conflagrations between Russia and Ukraine are just inevitable, but, now, even those changed their mind and are focusing on the barbaric behaviour of Russia, a member of the United Nations Security Council. Considering how many friends Ukraine has made over the last eight month here in the European Parliament and worldwide, I am hopeful that the aggressor will crash and burn in its attempt to silence Ukraine and push the topic of the war onto the margins of the political agendas, which definitely would be a victory for the Kremlin propaganda. We will not allow that to happen.

As a member of the EP Committee on Foreign Affairs, do you see new geopolitical contours taking shape or emerging already, as a result of the war?

They are and they are not in favour of Russia. We all need to understand that Russia started war after a series of thorough preparations for it. It was accusing the West of neo-colonialism, that it seeks to foist its values, rules and lifestyles on what Russia calls a “Slavic world” – upon Ukraine. That the West purportedly expand the Western influence and policies and politics eastward. Moscow entered the war by justifying it by the preposterous mission to “resist” the so-called one-pole world – one dominated by the United States. Furthermore, Russia sees it as “holy”, as one being entrusted from above with withstanding the Western culture and the lifestyles, the democratisation, all of which are just propagandistic elements, of course. Yet they resonate very well with the other autocracies, in China and even in Brazil. Russia clearly wants to “sell” the ideas of the ideological warfare to the Shanghai Cooperation Organisation (SCO) member states (The SCO currently comprises eight Member States (China, India, Kazakhstan, Kyrgyzstan, Russia, Pakistan, Tajikistan and Uzbekistan), four Observer States interested in acceding to full membership (Afghanistan, Belarus, Iran, and Mongolia  - TBT) and challenge the world order and the universal Human Rights Charter – does that so minding its own interest – to justify the war – first of all.

As Chair of the EU delegation for relations with Afghanistan, are you concerned that, amid the war, the current Taliban regime is emboldened, as the international pressure has shifted to other hotspots, like Ukraine?

What happened in Afghanistan – the swift and quite chaotic withdrawal of the US troops resulting in collapse of the Islamic Republic of Afghanistan, something we had been supporting for years, is still a topic of debates in the European Parliament.

The biggest victims of the change are definitely Afghani women. Just thinking that, with the Taliban in power now, Afghani girls are stripped of the right to education after they complete the sixth grade, that segregation of women has reached such a new miserable low – I mean that the Taliban is set to pay Afghani women, state employees, a salary on the condition that they stay home, makes me feel extremely bad.  What is going on there now in this regard is part of the Sharia law being enforced by the Taliban. Sadly, around 46 percent of all Afghans are teetering on the brink of poverty – roughly 20 million people do not make ends meet. Meanwhile, many children are starving and/or are being exploited. What strikes really horribly is that many many households still rely on growing heroine as the main means of livelihood.

What makes the country particularly dangerous now is that at least 20 terrorist organisations have found refuge in the country. Besides, some of the governors in rural areas act on their own – the Taliban is not controlling the whole country and the situation, all of which makes it unpredictable.

It is especially so considering that society will be increasingly less educated. In an impoverished society like this, various religious and radical entities and elements arise, ones trying to usurp power and the society. To sum it up, if things go really bad, Afghanistan can turn into a very dangerous state and the contours of danger are appearing now.

Notably, the European Union does not recognize the Taliban and it has not been removed from the list of terrorist organisations. Despite the situation, the European Union has its own representative in Kabul – a woman, by the way. She has started the job recently under very complicated conditions. In all, there are four EU diplomats in Kabul. Practically, they are the only officials from Europe. The Americans do not have their representation in Kabul after the pullout. However, the Red Cross and the United Nations and some other international organisations are also present there – with a minimal staff.

Notably, some of the pre-Taliban Afghani ambassadors continue operating in the European Union and they receive its recognition.

Even with the Taliban in power, the European Union continues spending million euros for humanitarian missions in Afghanistan – in the form of shipping food and medicaments.  Some insignificant pecuniary EU resources also reach the country through various United Nations humanitarian missions and NGOs. We need to assist the country, especially the drought and earthquake-impacted areas, for very practical reasons – to stem new flows of migrants, which would perhaps be the least risk we can face, prevent spreading of dangerous infections and bear in mind that the Taliban has taken over huge ammunition arsenals. So if they get out of control, the stability in the region – and the world – could be in big danger.

Quite recently, I had a tele call with two Afghani youths who told me how their daily life is. Being 13 or 14, they are the families’ breadwinners, as their fathers are heavy heroine addicts and the mothers are abused by their husbands. As a rule, the “job” the children have is panhandling on the streets, which is very unsafe. The juveniles told me if they fail to bring the amount of money the father had told them to, they are beaten.  That’s how life is for thousands of children there.

You are part of the Euronest Parliamentary Assembly, an inter-parliamentary forum in which members of the European Parliament and the national parliaments of Ukraine, Moldova, Armenia, Azerbaijan and Georgia (Sakartvelo) participate and forge closer political and economic ties with the European Union. Do you think the format is still functional with Ukraine having been given status of candidate to the European Union, with Sakartvelo having received a cold-showered “no” from the bloc, with Belarus being in Russia’s orbit and Armenia and Azerbaijan shedding blood in Nagorno Karabakh?

The essence of the Euronest and of all the Eastern Partnership lies in regional cooperation. Within the Euronest framework, the EU works very intensely with each country in it. Indeed, the countries are on a different level in terms of EU cooperation – Ukraine, Moldova and Sakartvelo are more advanced in the EU membership quest. Ukraine says – rightly so, I believe –  it has overgrown the format and should be put on the EU enlargement plan. But, to my surprise, Ukraine did not show up on the report of Oliver Varhelyi, the European Commission’s Commissioner of Neighbourhood and Enlargement, on the EU enlargement package during 2020-2022 (it was announced on October 12 – TBT). He promised, though, that Ukraine will be included in it next year.

Meanwhile, Armenia and Azerbaijan, in the eyes of the EU, are in a very complicated situation due to the ongoing conflict around Nagorno Karabakh. The former still keeps looking at and depends on Russia, while the latter prefers dealing in economy and energy issues with the European Union. If we get rid of the Euronest format, security would suffer, as well as the interborder cooperation and understanding.

Regional cooperation has been one of the key elements in the European Union and we need to foster it.