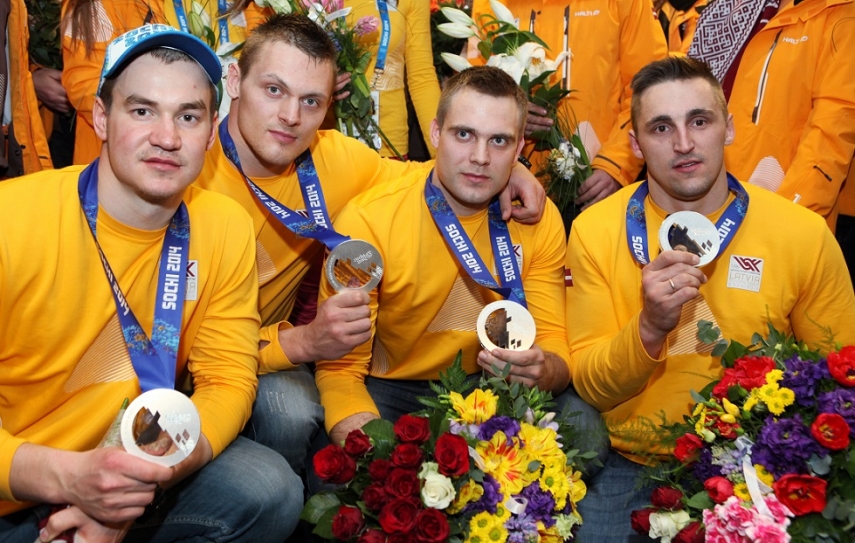 RIGA - The International Bobsleigh and Skeleton Federation has officially changed the results of the two-man and four-man bobsleigh competitions at the 2014 Sochi Winter Olympic Games in Russia, which means that the four-man bob team piloted by Latvia's Oskars Melbardis has been upgraded from silver to gold, while the fourth place finish by Melbardis' two-man team has been upgraded to bronze.

This after the results of disgraced Russian bobsleigh pilot Alexander Zubkov have been voided by the federation for doping violations, who oddly currently serves as the president of the Russian Bobsleigh Federation.

As reported, the International Olympic Committee (IOC) in 2017 stripped Russian bobsledder Alexander Zubkov of his Olympic medals won in Sochi in 2014.