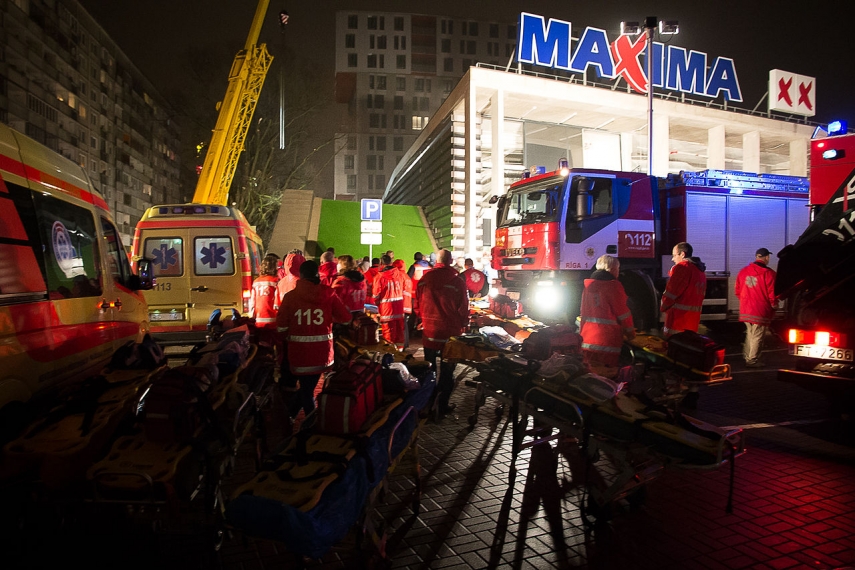 RIGA - Maxima Latvija retail company will pay out nearly EUR 140,000 in moral compensations to people who suffered as a result of the collapse of a Maxima store in Riga’s Zolitude neighborhood in 2013, the company’s spokesman Janis Beseris told LETA.

He said that Zolitude 21.11 association, representatives of the people affected by the store collapse disaster, and Maxima Latvija have reached an agreement on financial support to the people who suffered moral damage as a result of the tragedy. The moral compensations will be made available to 61 such persons. Most of them have already received the compensations.

“To meet our promise and commitment, we have made financial support available to all who have suffered in the tragedy. As a company we are morally responsible for our employees and clients who were at the store when the tragedy struck. To date, agreements on financial support have been reached with all persons who have suffered physical injuries and with almost all the victims’ families,” said Maxima Latvija CEO Andris Vilcmeiers, adding that the company has also provided assistance to the families of the firefighters.

Maxima Latvija representatives informed that the company has so far paid out nearly EUR 9 million in damages to people who have suffered in the store collapse tragedy, including those who sustained physical injuries, children who lost one or both parents, a well as those who suffered moral damage.

As reported, 54 people died and scores of others were injured when the roof of a Maxima store in Zolitude, Riga, collapsed on November 21, 2013. Construction experts have come to the conclusion that the disaster was caused by a miscalculation of load limits for the roof of the building.