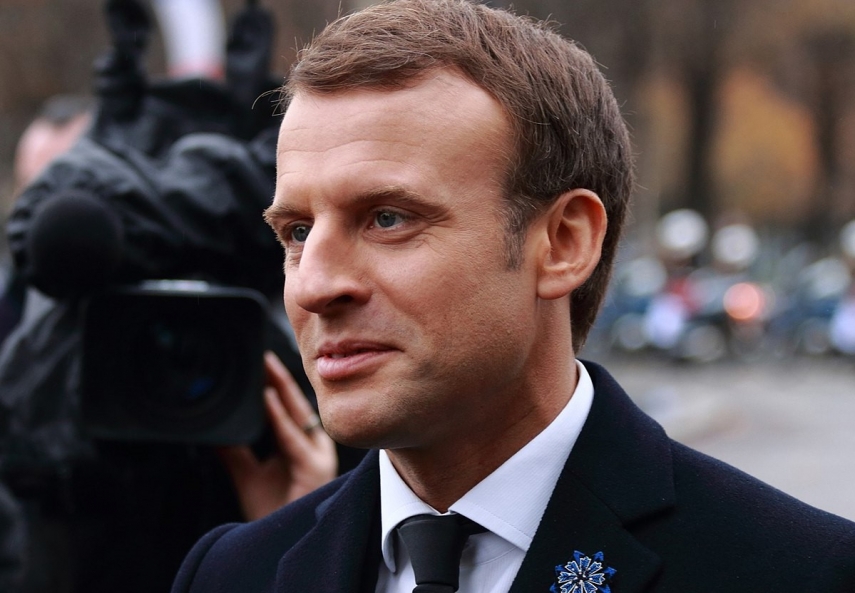 RIGA - In his future vision for Europe, French President Emmanuel Macron has heard the objections by many European Union member states in regards to his initial plan to create a common European army, Foreign Minister Edgars Rinkevics told LETA.

Asked to comment why Macron has chosen to speak about the creation of a common defense and security agreement, instead of a European army, the minister said that the French president has obviously heard the objections of some EU member states, including Latvia.

In his future vision for the EU, Macron said that the security and defense agreement must define the EU's necessary obligations in cooperation with NATO and European allies, including increasing military budgets.

Rinkevics expressed support for Macron's idea to set-up a European security council, which would ensure a more unified and coordinated approach. At the same time, he pointed out that a potential new security and defense agreement cannot be in contradiction with NATO, and it must clearly be defined that it serves as a supplement to the alliance and not a replacement. ''This agreement can in no way weaken the already fragile trans-Atlantic relationship,'' he said.

Rinkevics mentioned that the French president's vision foresees the strengthening and developing of specific defense spheres, as well as spend more on defense and agree on a specific model for the unification of the defense industry.

''His vision also foresees that if China and the United States protects its market, then the EU has the right to protect its market, which is right. But let us not create a paper tiger which does not have any realistic influence. Instead let us concentrate on important matter - military mobility and specific project,'' the politician emphasized.

Commenting other ideas, Rinkevics said that it is very important that Macron spoke much about defending European democracy, including the creation of a coordinating structure to defend Europe's cyber-space to combat third countries attempting to influence European political processes by financing political parties in Europe.

One of the main issues on the agenda at the moment is how to protect European democracy, reduce populism and prevent third countries from influencing our political processes. This is something the Baltic states, Poland and some Nordic countries warned about four years ago.

''Brexit and the rise of ultra right and left wing radicals shows just how important, yet fragile, the European project is, and how important is it for us to protect it,'' the Latvian foreign minister said.

He also said that reforms to the Schengen-zone must be discussed, which Macron also made clear in his vision. According to Rinkevics, there must be stronger border control and common conditions on granting asylum. Rinkevics also said that the asylum policy must become stricter as well.

The AFP news agency reports that Macron on Monday outlined his vision for Europe's future, urging reform of its passport-free Schengen area and setting up a new agency "for the protection of democracies" against cyber-attacks and fake news.

In an opinion piece, to be published by several top European newspapers including Die Welt, the Guardian, El Pais and Corriere della Serra, Macron also renewed his call for greater security cooperation and stressed the need for a common asylum policy to deal with the migrant crisis.

"Never since the Second World War has Europe been so necessary. And yet never has Europe been in such a danger," Macron said, in what many see as the start of his own campaign for the May European Parliament elections.

The president listed a series of initiatives the EU could take both to defend itself and to adhere more closely to its core values.

"A European agency for the protection of democracies would provide European experts to each member state to protect its electoral process against cyber-attacks and manipulation," he suggested.

Financing European political parties from abroad should also be banned, while rules should be agreed on banning "hateful and violent speeches from the internet", he added.

He also urged negotiating a new "treaty on defence and security", and setting up a European security council that would include Britain to promote collective defence initiatives.