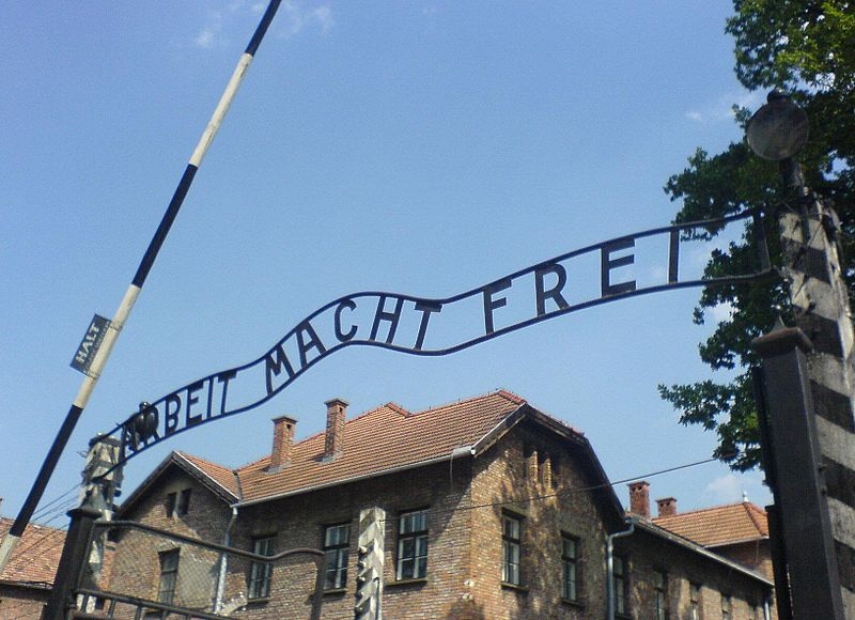 The gates of Auschwitz concentration camp, where over a million people were killed [Image: Creative Commons]

While attending the commemoration ceremony of the 70th anniversary of the liberation of the Auschwitz concentration camp, Lithuanian president Dalia Grybauskaite claimed that there are certain parallels in today's world with this terrible tragedy.

Grybauskaite told Lithuanian national radio that the Holocaust enveloped the whole Europe and the world; it was one of the worst tragedies in the history of humankind: in five years 1.5 million people of various nationalities were killed at Auschwitz alone. According to the president, the cruel lessons of this colossal tragedy must not be forgotten and are relevant today - as they show the consequences of indifference and silent acceptance.

According to the president, people's silent acceptance of Fascism opened the path for violence, aggression and war. The president regretted that in today's Europe parallels may be seen with the past events because there are people now too who turn away and do not want to see the aggressor, who tend to silently accept what is commencing in Europe and in the world.

"We have major international terrorism farther away from Lithuania, but near our borders we see open aggression and violence, especially against civilians (...) and these indeed are crimes against humanity. Therefore, those lessons are eternal; it seems they have to be learned everyday and by everyone. We must remember events from the darkest pages of European history so that tragedies like the Second World War will not be repeated" said Grybauskaite.

The president reminded listeners that heads of state from many different countries have gathered at Auschwitz not only to remember the victims of the Holocaust but also to show that terror against humanity and killings of civilians will never be forgotten or tolerated, or allowed in the future.

Around 300 Holocaust survivors were expected to attend the event. As well as Grybauskaite, foreign leaders attending included the presidents of Germany, Austria and France, the foreign minister of the United Kingdom and the monarchs of Belgium, Denmark and the Netherlands. Those not attending include Vladimir Putin and Barack Obama.