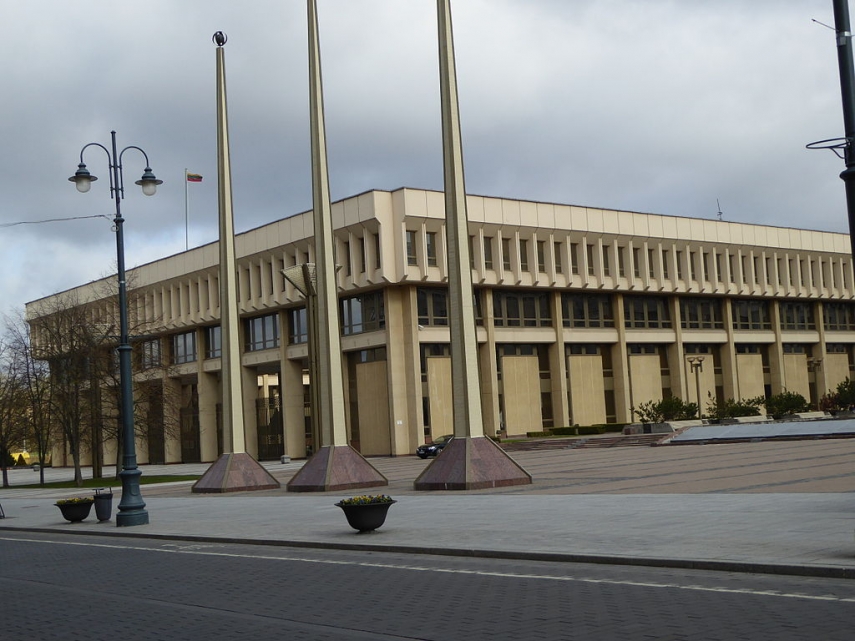 VILNIUS - The Lithuanian parliament's Committee on Foreign Affairs has doubts about a UN pact on migration and has asked the Foreign Ministry for additional information.

Foreign Minister Linas Linkevicius and Interior Minister Eimutis Misiunas presented the government's position on the document to the Seimas committee on Friday.

Critics fear that the pact will lead to an increase in illegal migrant flows and leave countries with less power to implement their own migration policies.

Misiunas told reporters after the meeting, which was held behind closed doors, that with the discussion having moved to the Seimas, no final position on the document had been adopted yet, but Linkevicius is of a different opinion.

"I understand that there is (a decision to back the pact), because we have discussed it in the government and the president has voiced her position," the foreign minister said.

"If someone has additional question, we'll answer them. This is not an agreement that needs to be ratified and go through the procedures," he said. "There will be a vote and if two-thirds of countries vote in favor, they'll adopt the pact as a declaration."

Lithuania does not need a mandate from the Seimas committee to vote on the pact, but its members will be given answers to their concerns, Linkevicius said.

"They asked about other countries' positions and reactions. We'll try to collect that information," he said.

Conservative MP Zygimantas Pavilionis, a member of the Committee on Foreign Affairs, said, "all members of the committee were of the clear opinion that the government can't paint this agreement in rosy colors".

"Before sending the interior minister to vote in favor of it, the government must analyze the concerns of many of our very good allies, such as America, Israel and most of Central European countries. The Baltic countries have a lot of concerns," Pavilionis, said.

"The Foreign Ministry did not provide us with complete information as to why these countries are opposed, and we suggested that we should see the full picture," the former ambassador to the US said.

"These drawbacks and concerns should then be put in a separate declaration that could be even passed by the Seimas," he added.

Interior Minister Misiunas said the migration pact was "important on a global scale", adding that it is "a declarative, non-binding" document.

The president's position is that the pact "does not create any new legal obligations and consequences", but rather sums up the principles outlined in previous documents and international treaties, emphasizing that migration issues continue to fall within the sovereign competence of states, her press service said in a comment to BNS.

"This pact will help to tackle the global problem of illegal migration, which needs dialogue and concerted efforts of the whole international community to be overcome," it said.

The interior minister will vote on the document at a conference in Morocco in early December, despite disapproval from some opposition politicians.