Lithuanian Airports today compared to 5 years ago – there are almost twice as many passengers, flights and travel routes 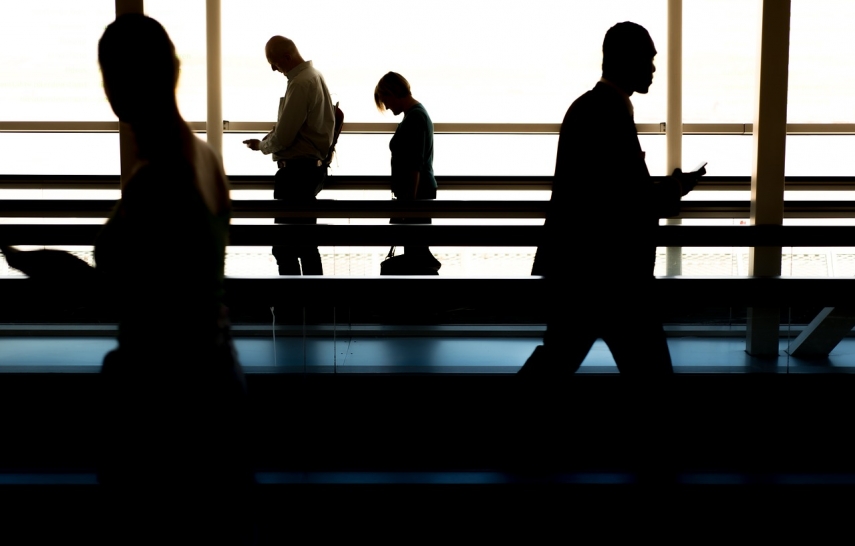 This July, Lithuanian Airports are commemorating five years since consolidation of Vilnius, Kaunas and Palanga airports. After ending the stage of faulty internal competition and becoming an airport network, offering attractive terms and conditions of cooperation for air carriers, the Company has also improved its results in aviation performance. From 2014, the number of passengers increased by 42%, including the number of offered travel routes; meanwhile, the number of provided flight‑related services increased by 60%.

More Services Are Provided to Passengers, Flights and Cargo

After  the consolidation, performed in 2014, the main goal of Lithuanian Airports was to compete in the international market so that the Company would be noticed by the largest air carriers and could offer new travel routes. Looking back at work performed during the last five years, the Chief Executive Officer Marius Gelžinis notes that the ambitious goals are being implemented gradually and smoothly.

“Seeing the highly increased and, in some cases, even doubled results of our primary, aviation‑related activities, we may safely say that by merging into a unified network, we have changed the established approach to airports, which were previously considered as only the object of infrastructure. Currently, Lithuanian Airports offer a wide variety of services, implement high quality standards, related to services, provided both to the passengers and partners, as well as generate financial return to the State. Air carriers and other partners trust the long‑term experience of our team members. It is particularly important that we annually register the obviously increased number of travellers and provide services to almost 2 million more passengers than in 2014”, – emphasised M. Gelžinis.

The Company representative said that Lithuanian Airports provided services to a record number of passengers. For example, more than 4,200,000 passengers chose Lithuanian Airports in 2015; meanwhile, the Company provided services to more than 4,700,000 travellers in 2016. The highest point was reached in 2017, when the number of travellers exceeded 5 million. Moreover, the last year was the prime year in the Company’s history because 6,200,000 travellers crossed the gates of all three airports in the country.

According to the Head of Aviation Services Division Aurimas Stikliūnas, the Company also notes the gradual increase in provision of flight-related services.

“Five years ago, the total number of flights in Vilnius, Kaunas and Palanga airports was slightly above 38,000; meanwhile, last year, we provided more than 61,000 flight‑related services and registered record numbers in all Company branches. We noticed that last year all three airports almost reached their capacity limit to service the entire passenger traffic; however, after making serviceability processes more effective, all branches managed to deal with such traffic pretty well”, – told A. Stikliūnas.

According to the Head of Aviation Services Division, another important indicator of activities is the number of transported cargo, which increased by 57% over the last five years – i.e., from 10,000 tons to more than 15,000 tons.

Strong Position in the Competitive Market

The national airports have joined their forces in order to compete with other largest European airports. Their representatives continuously and intensively negotiate with various airlines regarding new travel routes to all three national airports. If it was possible to fly from Lithuania to 53 routes in the beginning of 2014, then this January travellers were able to choose from 90 different routes, among which more than 20 routes were direct flights to the capitals of the European countries.

In recent years, the company also reached an agreement regarding the new connections for business representatives, such as flights to financial centre of London and main cities of Germany.

“Speaking of the routes, we highly appreciate the competent team of Aviation Services Division, which was able not only to work with the largest European air carriers in a professional manner, but also met the interests of other interested parties, such as municipality. So, the main message here is the fact that recently occurred business routes are especially important for the attraction of new investments”, – stated M. Gelžinis.

After the occurrence of unified air transport system in the country, it is currently possible to offer more favourable conditions and discount system for air carriers. The latter has been particularly successful in the smaller airports of Lithuania, located in Kaunas and Palanga. According to A. Stikliūnas, it is one of the methods, helping to catch airlines’ attention and to attract the desired flights, as well as to successfully compete not only with the local airports, but with airports of the entire Europe for the attraction of new airlines.

Air carriers receive attractive offers from Lithuanian Airports. One of them is network development programme, where the Companies, performing flights from at least two airports of our country and transporting the established minimum number of travellers, are subject to discounts applicable to airport charges. Some of the companies receive “de minimis” support for the period of 3 years, which amount is up to 200,000 Eur for the new route or additional flight frequency.

Another initiative of cooperation is “Blitz” sessions. During such session, the interested parties from the entire country or a certain region are invited to negotiate with air carriers regarding the new routes and flight frequencies. Cooperation opportunities are discussed during the direct meetings. The initiative presented last year has already brought good results – after such sessions, the Polish airline LOT launched its flights from Kaunas to Warsaw.