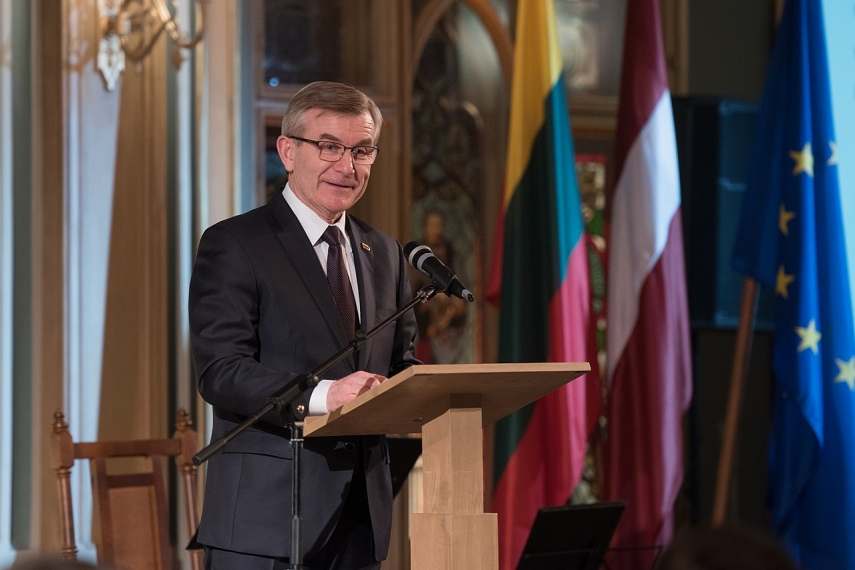 LUBLIN – The speakers of the Lithuanian and Polish parliament on Saturday night discussed ways for the region's countries to react to the decision to return Russia to the Parliamentary Assembly of the Council of Europe (PACE).

"We talked with the Senate speaker that we should consider this issue and maybe such an initiative could arise in Warsaw for us to bring together all countries that agree with the fact that Ukraine is occupied and they are concerned over Russia's return," Speaker of the Lithuanian Seimas Viktoras Pranckietis told BNS Lithuania in the Polish city of Lublin on Sunday.

"So I think that process continues and we could expect certain results in late summer," he added.

Speaker of the Polish Senate Stanislaw Karczewski said the region's countries are "concerned about this situation" and should adopt a common opinion on Russia's return.

Pranckietis said politicians would consider various options, including the suspension of their own PACE membership.

"But that should not be an impromptu decision, it has to be discussed, we have to prepare questions and discuss them and then make decisions," the Seimas speaker said.

Last week, the PACE agreed to allow Russian lawmakers to return to avoid the country's withdrawal from this organization defending human rights. Russia lost its voting right for five years over the annexation of Ukraine's Crimea Peninsula.

Nevertheless, many Central and Eastern European countries believe the move that benefits Moscow is sending a wrong message to the world as Russia has done nothing to have the existing sanctions lifted. Following the decision to reinstate Russia, representatives of Lithuania and six other countries left the PACE session hall.