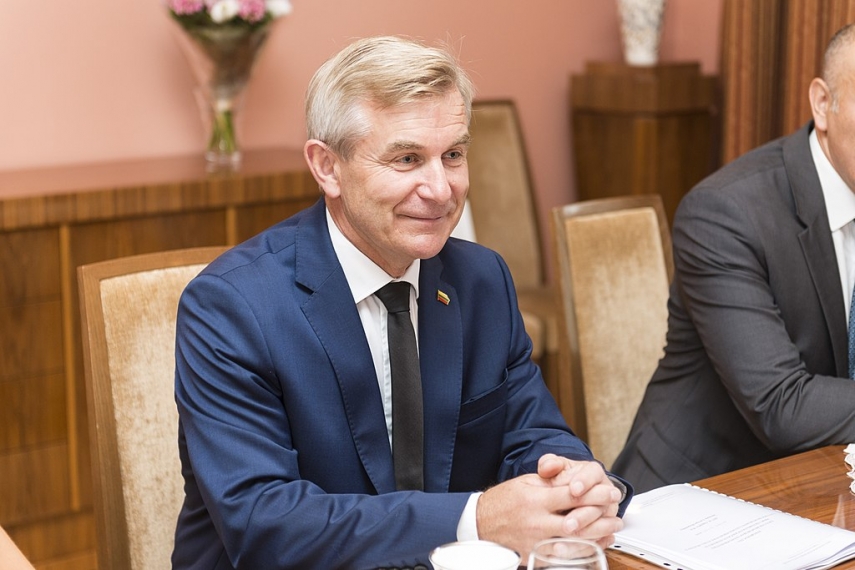 VILNIUS – Lithuania's Parliamentary Speaker Viktoras Pranckietis says he sees no potential for major changes in the relations with Russia until Moscow revises its position.

"We have trade relations, we have diplomatic relations, we are neither able, nor willing to step back from our values, and everything else is just what the president said – without changes in Russia's position or leadership, we cannot expect too many changes in the relationship," Pranckietis told Ziniu Radijas news radio on Wednesday.

In an interview published last Sunday, Prime Minister Saulius Skvernelis stated that Lithuania should this year make contacts with representatives of the Russian administration, dismissing the current isolation policies as detrimental and unique in the European Union (EU).

In his words, Lithuania should take a pragmatic stance on the bid to resume ties and stick to its strategic stance regarding Ukraine.

At the end of December, Lithuanian President Dalia Grybauskaite said that, amid changes in the geopolitical situation, Lithuania should be ready to change its position towards Russia but stick to its values. In her words, it is "better to communicate and trade rather than wage war" with neighbors. At the same time, she emphasized that the changes were only possible, if Moscow withdraws from the occupied territories in Ukraine, reversed the aggressive policies in Eastern Europe and stopped interfering with democratic elections.

Pranckietis said the opinions of both politicians are correct and don't contradict each other.

"I believe this is a possibility, the prime minister speaks about the level of vice-ministers, probably there could be a change in the government in this field. (…) There are economic objectives, however, the way they emerge with different countries is a matter of determination," said the parliamentary speaker.

Since the annexation of Crimea, Lithuania has held no meetings with top-ranking officials of Russia. Lithuania's neighboring Latvia, Estonia and Poland maintain contacts with Russia on the level of ministers or vice-ministers. The largest European countries communicate with Moscow on the top level – German Chancellor Angela Mergel visited Russia last May, while French President Emmanuel Macron received Russia's President Vladimir Putin in Versailles.

Lithuania says that the calls to isolate Russia is due to the attitude that return to usual relations might be viewed as a concession, which would encourage the aggressive policies of the Kremlin. Meanwhile, those in support of dialogue maintain that communication could prevent possible bigger conflicts and have an impact on the country's behavior.