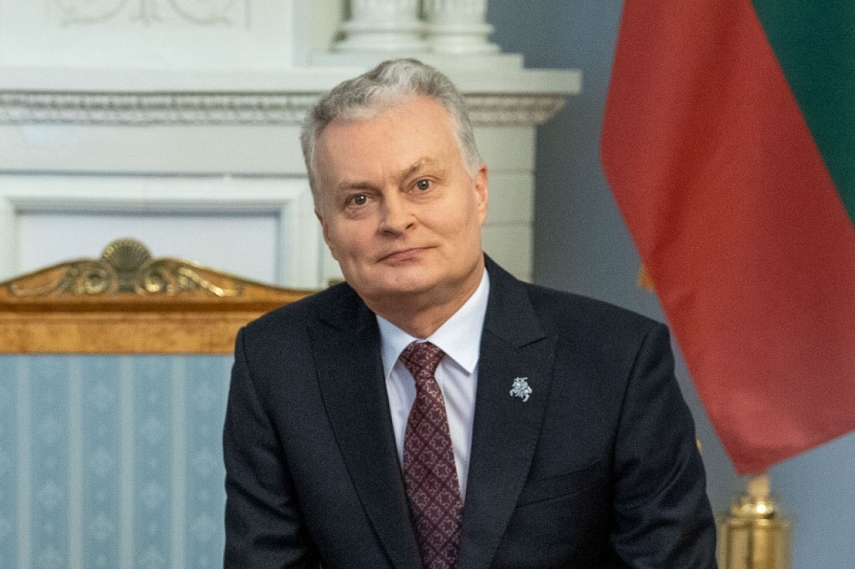 The video call marked the first conversation between Lithuanian and Belarusian presidents in ten years.

Asta Skaisgiryte, Nauseda's foreign policy advisor, said in a comment to the media that the two leaders "exchanged opinions on anti-virus measures in both countries".

"The leader of our country offered Belarus assistance in the form of medical supplies, if needed, because Belarus has submitted its request for aid to the European Union," the diplomat said.

The presidents also discussed goods traffic between Lithuania and Belarus, according to Skaisgiryte.

Nauseda believes that the two neighboring countries "must ensure uninterrupted movement of goods" across their shared border "during this rather difficult period", the advisor said.

"It was also an opportunity to thank Belarus' president for cooperation in repatriating Lithuanian citizens and tourists from third countries through Belarus to Lithuania," she said.

Nauseda "expressed very deep concern" about the safety of the Astravyets nuclear power plant located some 50 kilometers from Vilnius, and offered Belarus assistance in diversifying its energy supply sources.

"He emphasized that the issue of the power plant's safety must be addressed in Belarus at the highest, presidential level and that the European Union's stress test requirements must be implemented before the launch of the Astravyets nuclear power plant," the advisor said.

"We believe that the construction of the power plant is an additional burden on Belarus' economy, too, because it uses Russia's loans that will have to be repaid", Skaisgiryte said.

The Lithuanian president offered help to Belarus in diversifying its energy resources to reduce its dependence on Russian resources and infrastructure, she added.

According to the advisor, Nauseda believes that the countries made "a good start" when they jointly organized last year's reburial of the commanders and participants of the 1863–1864 uprising in Vilnius.

The Lithuanian president also suggested that the two countries jointly apply to the European Commission for 2022 to be designated as the year of Franciscus Skorina to mark the 500th anniversary of the first printed book in Eastern Europe.

Later on Thursday, Nauseda is also scheduled to have a telephone conversation with Israeli President Reuven Rivlin and to hold a video call with Baltic and Nordic leaders.