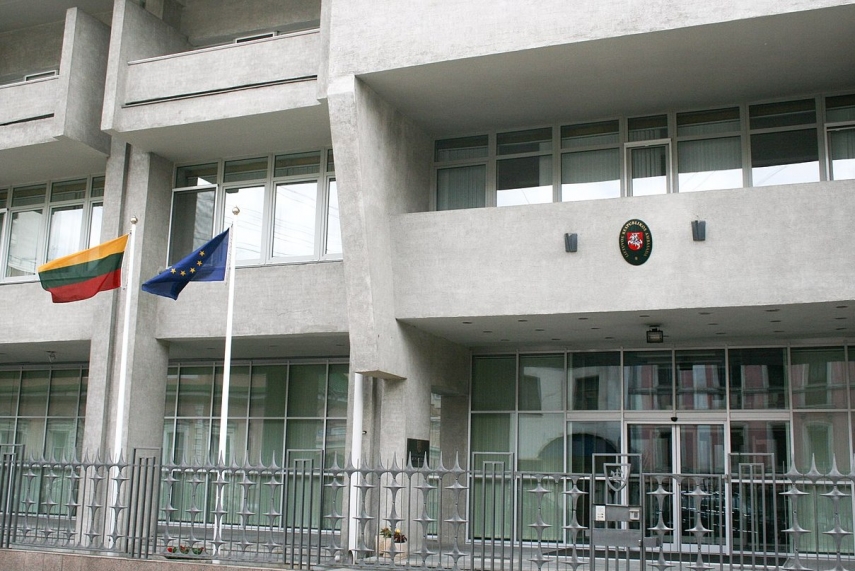 VILNIUS - Lithuania is asking Russia to ensure the security of its embassy in Moscow after its staff received a threatening letter.

A representative of the Russian embassy in Vilnius was summoned on Friday and handed a note over threats to Lithuanian diplomats following a Vilnius court's ruling in a mass trial related to the January 1991 crackdown on the country's independence movement, the Lithuanian Foreign Ministry said.

The Russian diplomat was summoned after Lithuania received no official response to its April 1 note asking the Russian Foreign Ministry to ensure the security of the embassy, the Lithuanian side says.

"The ambassador was summoned after (Lithuania) received no official response to the note either from the Russian Foreign Ministry or from other authorities," Rasa Jakilaitiene, spokeswoman for the Lithuanian foreign minister, told BNS.

The letter, signed by an organization of veterans of Russia's special services, demands that Lithuanian diplomats leave Moscow within a month, threatening that "otherwise both you and your family members may be in danger", Remigijus Motuzas, Lithuania's ambassador to Moscow who was been recalled to Vilnius for consultations, told BNS.

The embassy in Moscow is guarded by Lithuanian officers from the inside and by Russian police from the outside, he said.

In late March, the Vilnius Regional Court convicted a total of 67 Russian, Belarusian and Ukrainian citizens of war crimes and crimes against humanity and handed them prison sentences ranging from four to 14 years. The majority of them were sentenced in absentia as Russia and Belarus refused to extradite them.

Russia, in turn, has opened a criminal case against four Lithuanian judges involved in the trial and a former prosecutor who investigated the so-called January 13 case.

Motuzas told BNS that, to his knowledge, Russia had not sent any requests for legal assistance to Lithuania.

The Soviet Union used military force to overthrow the legitimate government of Lithuania, which declared independence on March 11, 1990.