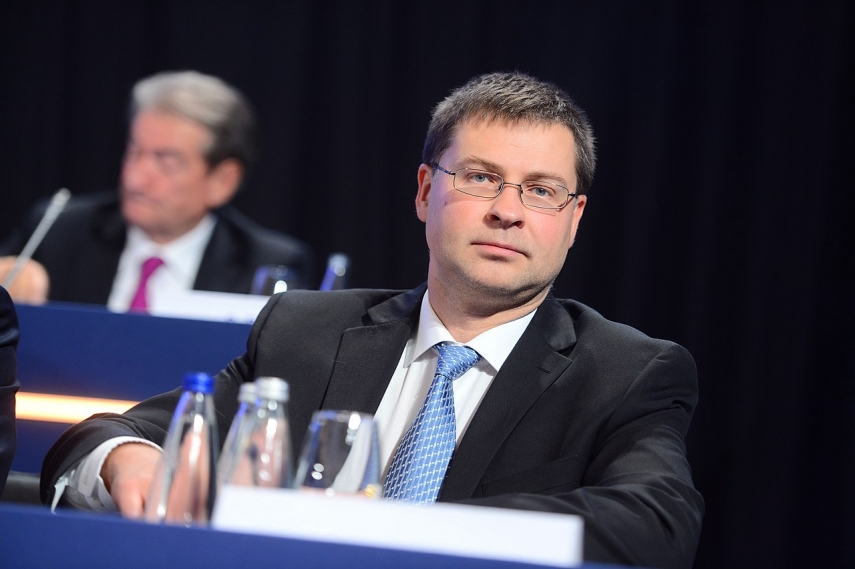 RIGA - Latvia’s transition to the euro currency was successful both from the technical and economic standpoints, the European Commission’s Vice President Valdis Dombrovskis said on Latvian Radio on Monday.

“In Latvia, the euro has been introduced successfully both from the technical and economic standpoints,” Dombrovskis said.

The European Commission vice president noted, citing the Bank of Latvia’s analysis, that all the expected gains from the euro currency had materialized in Latvia, including an easier attraction of investment. “I would say that the expectations associated with the euro adoption have largely materialized,” Valdis Dombrovskis said.

He admitted, however, that investment was expected to grow at a faster rate but that the euro adoption in Latvia coincided with the start of the Russia-Ukraine conflict, lessening the region’s appeal in investors’ eyes. Dombrovskis also pointed out that the euro is not the only factor affecting the inflow of investment and that much also depends on developments inside the country.

This Monday and Tuesday, Riga is hosting a high-level conference, “Five Years with the Euro”, which will gather representatives of various institutions and countries involved in the launch and evolution of the euro currency in Europe, including Latvia.

On January 1, 2019, Latvia marked the fifth anniversary since joining the euro area.