Latvia’s MP Ramona Petravica: “There are deep contradictions between the to-be Coalition partners” 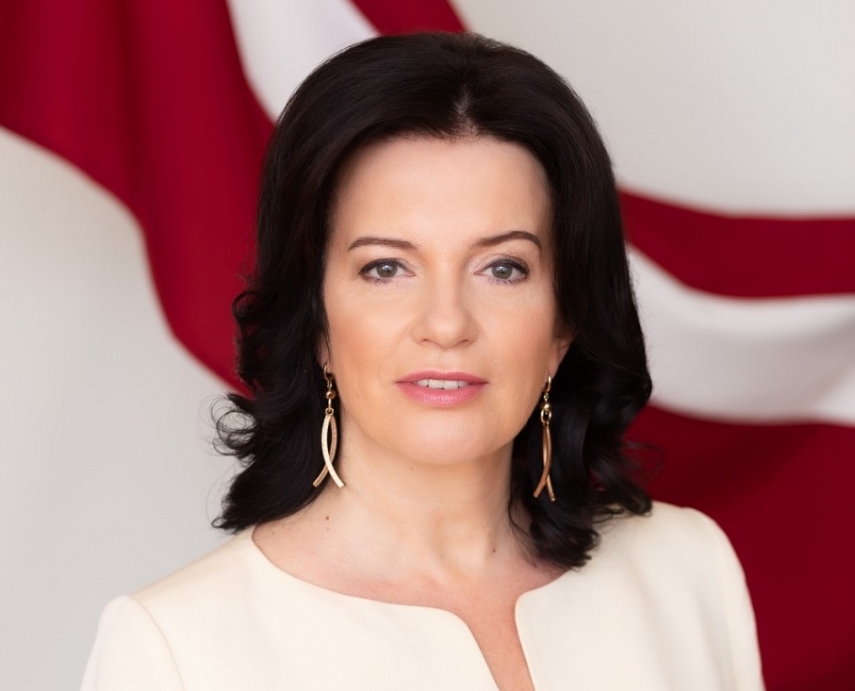 Why is formation of a new Latvian Cabinet taking so long? By December 12, a Coalition agreement has not been signed yet, though the election took place over two months ago, on October 1. What are the biggest disagreements among the possible Coalition partners? The Baltic Times spoke to Ramona Petravica, a Latvian parliamentarian representing the Latvia First party.

What are the reasons for the inability to form a new government?

A note must be made about the decision of the Latvian President Egils Levits to officially delegate Prime Minister Krisjanis Kariņs as responsible for formation of the consecutive Parliament only on the 22nd of November. The ineffectiveness, from the outside perspective, is, therefore, a cause of deep contradictions between the Coalition partners. In the beginning, the number of parties e.g., either three or four, constituting the expected coalition was unclear. Two of said parties had objections to the fourth one joining. Resolving this gridlock took approximately three weeks; as a result, other Coalition formation questions were withheld. A resulting concern was the allocation of Ministries between parties. This time the Prime Minister’s party chose to enforce the principle of proportionality, as their party received the biggest mandate. Nevertheless, four years ago they advocated for the principle of parity. Conversely, party The United List is interested in gaining more power, hence is persistent in gaining more Ministries, and adding a special position - deputy Minister. Additional tensions are caused by the allocation of the ‘unpopular’ Ministries and speculations of additional funding for them.

Latvian political scientist and historian, Gatis Kurmins, says Krisjans Karins could have the longest and the shortest government under his auspices. Do you agree?

Karins’ parliament did not dissolve because of various coincidences, the first of which was the COVID-19 pandemic. Even though the government made rather impulsive decisions, it was incompetent in leading the crisis, and enforced unjustifiably strict decisions during the pandemic, the President asked for no change of government to occur. Even considering the change of three Ministers and locking out a party from the coalition, meaning KPV LV. The second coincidence was, unfortunately, the war in Ukraine. A vast majority of the government’s flaws e.g., immense energy and commodities crises, were suddenly hidden behind the veil of war. Conversely, the prediction of a shorter government under Karins might arise from the disagreements between the coalition partners. This government would lose its support if another President would be elected in addition to the preexisting problems.

The pro-Russian party Harmony was dealt a blow in the election – it did not overcome the five percent parliamentary barrier. What are the reasons behind the failure?

The main reason could be attributed to the party’s failure to positions itself considering the war in Ukraine or the dismantling of the ‘Victory monument’, around which their supporters rallied annually. The party struggled to appoint a trustworthy Prime Minister candidate so the Latvian electorate voting for Harmony before chose to sway their votes in favor of the Latvian parties. Harmony has never been a part of the Cabinet of Ministers, and has not effectively used its position in the opposition. I am certain that this was viewed as passiveness by their electorate.

In general, what are you missing in Latvian politics?

Common understanding of the main priorities of the state are missing as a result of the difference between aims for liberal and conservative parties. A leader to unify the Parliament, especially, in crises like these, is vital.

Unlike EKRE, a far-right Estonian party, its Latvian equivalent, PVL LV, suffered a loss in the elections. Why?

I refrain from comparing parties from different states, as the media in which they operate are vastly different. Far-right and far-left, in my opinion, are misleading and ironic terms taken out of context. I believe that there are no far right or left parties in both states, but rather something more moderate, hence a description of far-leaning parties in both states should be deemed an exaggeration. Nevertheless, there is a tendency for new parties to keep their electorate, as commonly those are the protesting voters.

As a former Welfare Minister, do you see enough emphasis on social and socioeconomic issues, like record-high crisis, inflation, by the emerging government?

The socioeconomic sphere has long been neglected, so it must become one of the government’s priorities. Senior citizens are greatly affected by the inflation; hence, pensions and their indexations need to be raised. I expect a government plan regarding the support for the elderly, families, and children. If the government chooses to remain oblivious to the situation, it may spiral out of control.