Latvia’s “For a Humane Latvia” chairman Maris Mozvillo: “We must care about our nationality, our language, and historical reminiscence” 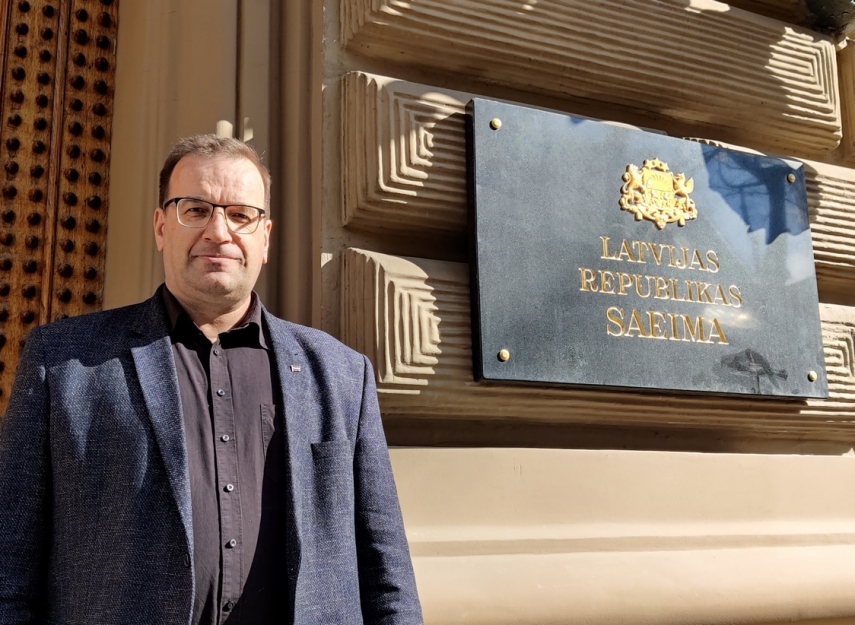 Photo: Maris Mozvillo, a Latvian MP and chairman of the political party

Latvia’s party "For a Humane Latvia" ("Par Cilvēcīgu Latviju", PCL) received the second largest number of votes (14.25%) among the parties participating in the 2018 Latvian parliamentary election and earned 16 seats in the 13th Saeima, the Latvian Parliament.

“The success was a result of the show from some leaders of the party, who found the right words to wake up voters, who didn’t trust any parties which were that long leading the government. It was a protest vote. Against the establishment,” Maris Mozvillo, a Latvian MP and chairman of the party, told The Baltic Times Magazine.

A new parliamentary election in Latvia will be held in autumn. How do you see your party chances in it?

In PCL, we believe that national parties like ours stand a better chance in the coming Saeima election this autumn. Why? Because “old” parties keep their political lines which are not long-lasting. Today we are living in a world with fast information exchange, but at the same time we can’t forget our roots of Latvian historical heritage, our way of life. We must stand against any ideology that come from other countries where more liberal values are popular. Our population is decreasing tangibly and we must care about our nationality, our language, and historical reminiscence. We are calling on everybody to do their duty and go to vote. That will be a great step in keeping Latvia on the map of the world for a long time.

The term of the Latvian parliament, Saeima, is nearing its end. How have the legislature and the four-party government coped with the major crises, the COVID-19 pandemic and the war in Ukraine?

From my point of view, the coalition didn’t manage the crisis in the right way. First – after the main regulations about mandatory vaccination of any kind of workforce, more than 60 thousand people were kicked out of their jobs, making them jobless without any support. Also, the quality of education dropped due to education methods during the pandemic. That counted together along with many other regulations, for example – prohibition to fulfilling a deputy mandate for Saeima and parish deputies if they didn’t have an IQ code, destroy trust in the coalition and all of government.

How has the ejection of “For a Humane Latvia” from the Cabinet impacted the efficiency of the government? Please, explain to our foreign readers why your party was forced to leave it?

The work by a four-party coalition has resulted in a loss of public trust. Many of the laws were poor quality. That gave the party a new way to develop our mission and rebrand an ideology. No more shouting leaders but more teamwork. The reason was very simple – we asked to keep the principle of the coalition agreement. If a party member left our party, then he lost any positions in government. Minister of economics Janis Vitenbergs left the party and become a member of another party in the coalition which destabilized our positions in the coalition. We didn’t want to play political games and the result was a rejection from the coalition.

So in a way, it was a failure, but at the same time it was a lesson. A lesson about leaders, how to build a team, and how to represent voters. It is not enough just to be a leader, it is more important how a leader takes care of the team, of team members.  Also, how to take care of promises before the election.

What needs to be done to improve the quality of the legislative process in Latvia?

Most of the recent laws were full of juridical failures, because many decisions were ratified due to the political position of the coalition. That makes for a poor-quality legislative procedure.

Yet your party has been described as right-wing, populist, anti-establishment, and Eurosceptic. To what extent do you agree with the description?

As I describe above – our party changed its ideology to be closer to ordinary people’s needs. Our position is social-democratic.

What is your stance on the migrant crisis?

There are two types of migrant crisis. Before and after 24.02. Before 24.02 they were not immigrants. They were people crossing the border illegally. After that date we are experiencing a real human crisis where Latvia is acting fast, and our support has come from the heart of every citizen of Latvia. We collected more than 9 million euros in a short time to support Ukraine and Ukrainian citizens. As a party, we are fully on the Ukrainian side and decry the Russian war.

Do you encourage Latvian citizens to go to Ukraine and fight for it?

Yes. I support a law change that allows Latvian citizens to serve in Ukrainian military forces.

Has Russia been sanctioned sufficiently? Should Latvia follow in the footsteps of Lithuania and lower the rank of mutual ties with Russia?

I support closing all relations with Russia. It is impossible to continue any contact with the aggressor.

As the chairman of the party, are you in favour of the adoption of the Istanbul convention? A same-sex partnership bill?

No, I trust traditional values.

Unlike Estonia and Lithuania, Latvia is known for the significant impact of Russian capital. Is the war in Ukraine a good chance to change that? Do you see that changing?

After the Moneyval report, the government did a lot to clean our bank system of Russian capital. That was no longer the main source of funding, and didn’t exert any influence on our lives and financial system.

Your party has risen partly due to its tough stance on corruption, hasn’t it?

In that position, nothing has changed. We do not support any corruption at any level or in any situation. From our point of view, corruption is like a cancer in the government body that must be cured as soon as possible. We know – it isn’t an easy deal, but we see a chance to cut down on the biggest part of corruption by upgrading our legislative system with new regulations that more precisely identify types of corruption. Today many loopholes in laws provide an opportunity to cheat.