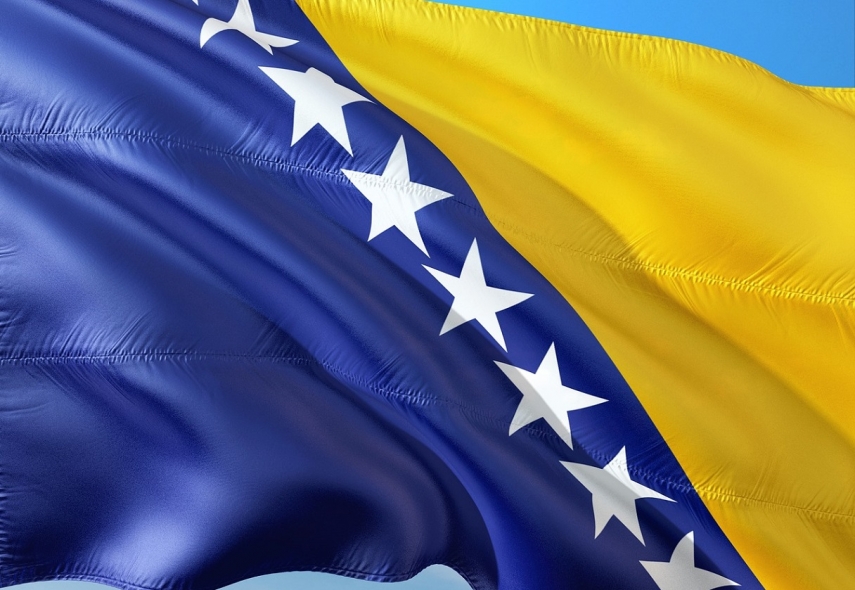 RIGA - On June 17, the State Secretary of the Ministry of Foreign Affairs, Andris Pelss, met with the new Ambassador of Bosnia and Herzegovina to Latvia, Emir Poljo, who has arrived in Riga on an accreditation visit, LETA learned from the ministry.

During their meeting, State Secretary Pelss and Ambassador Poljo recognized that the two countries enjoyed good and constructive relations with the potential for expanding bilateral political and economic cooperation. The parties agreed to organize bilateral political consultations in the near future.

Pelss expressed support for Bosnia and Herzegovina's EU perspective, while calling on the country to complete the formation of its government at all levels and move ahead with the much-needed reforms. Emir Poljo thanked for support provided by Latvia to Bosnia and Herzegovina in the process of the latter's integration with the EU. Situation in the Western Balkans region and EU perspective for the Western Balkans were also discussed.

On June 18, the Ambassador will present his credentials to the President of Latvia, Raimonds Vsjonis, as well as having a meeting with the Deputy Speaker of the Saeima (the Latvian Parliament), Dagmara Beitnere-Le Galla.