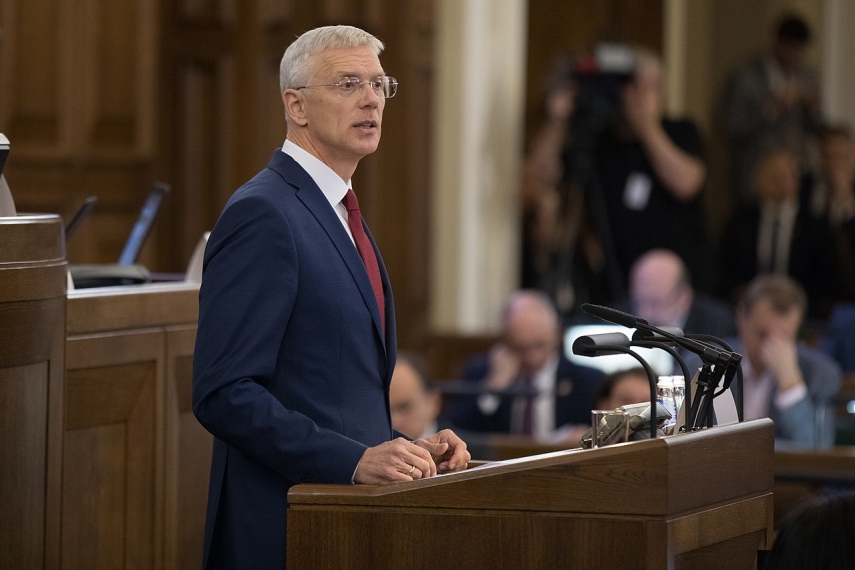 RIGA - Latvia and Finland believe that a free market is the cornerstone of Europe’s growth and that it is therefore necessary to convince the rest of Europe that protectionism has no place in the European Union’s (EU) future, Latvian Prime Minister Krisjanis Karins (New Unity) said after a meeting with Finnish Prime Minister Juha Silipa in Riga on Thursday.

The Latvian premier said at the news conference that the parties had a very interesting and comprehensive discussions. The premiers discussed mostly current EU affairs as Finland is to take over as the next Presidency of the Council of the EU. Karins noted that the two countries have good and historical relations, as well as common interests, so they would work side by side to defend these interests in the EU.

Both Latvia and Finland share many common positions and interests in economic, security and climate-related issues. Karins indicated that the two countries are a relatively small EU members and for such countries open markets are the best way to promote economic growth.

The conversation between the Latvian and Finnish premiers also dealt with the EU’s multiannual budget. Karins voiced hope that the agreement on the bloc’s budget would be reached during Finland’s presidency. Karins also reminded his Finnish colleague that cohesion and Common Agriculture Policy (CAP) issues were still important to Latvia, despite the emergence of new priorities, and that fairness is the main priority to Latvia when it comes to cutting cohesion funds.

Regarding security issues, both countries are well aware of the threats Russia may pose to the EU, Karins said, adding that both Latvia and Finland have a long and extensive experience with this Eastern neighbor. Although Finland in not a NATO member Latvia and Finland are close allies also in the sphere of security. They are also unanimous that any military cooperation within the EU must not go against NATO, as the alliance remains the main guarantor of security.

Commenting on Finland’s decision to join the Rail Baltic railroad project, Karins said that the project is highly important to both countries. The project is expensive compared to the size of the Baltic economies and EU co-funding is therefore of utmost importance. The Latvian premier said he was glad that the RB Rail was now headed by a Fin and that the Finnish government was also involved in the project, but that Poland is expected to be more active.

The Finnish premier also indicated that the project is important both to Finland’s entrepreneurs and tourists as it would provide an alternative route. He said that Finland has so far invested EUR 2 million in the company’s capital and that Finland’s involvement in the project is a successful first step.

Sipile noted that Latvia and Finland work based on common ideals and that they have many common interests in the EU. The Finnish premier also said that a lot of tourists visit Latvia each year and that around 400 Finnish businesses are operating in Latvia, which means that trade between the two countries is developing successfully.

“Finland will take over the EU presidency soon. I am glad about Latvia’s support to it. Our main priorities during the presidency will be economic development, internal market, security, defense cooperation, countering hybrid threats, cybersecurity and climate change,” the Finnish premier said.