Latvia, Lithuania and Poland must maintain united and firm position on hybrid war carried out by Lukashenko's regime - Latkovskis 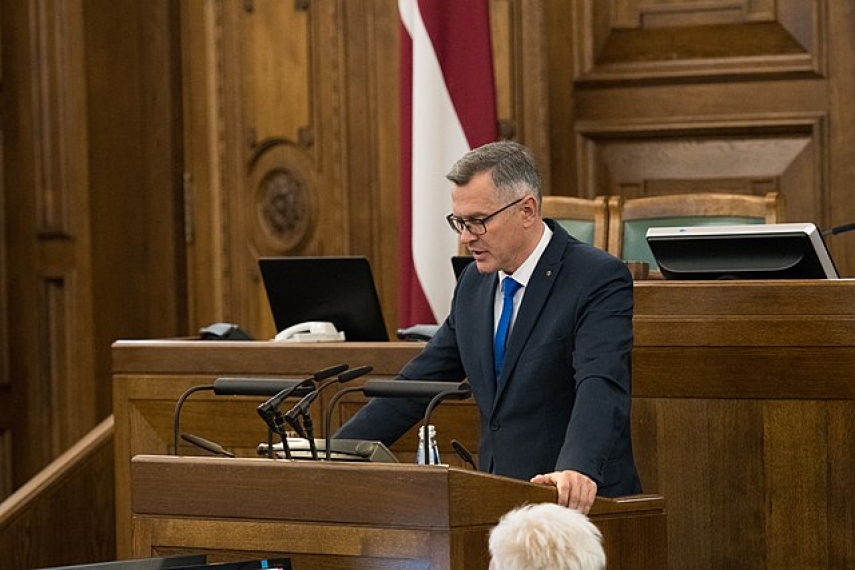 Commenting on information published on the sargs.lv portal that the Belarusian regime representatives in their conversations had expressed threatening intentions against Latvian border guards and Home Guard members, Latkovskis emphasized that a hybrid war was currently taking place, which included information attacks and pressure on border guards and soldiers guarding Latvia's borders.

Latkovskis emphasized the importance of avoiding provocations and stepping up security. Whether any additional resources are necessary is up to the Home Guard, the Border Guard, the National Armed Forces and the security services, he explained.

Regarding the provision of humanitarian aid to illegal migrants at the Latvian-Belarusian border, Latkovskis said that such aid was provided whenever possible and that each case was assessed individually.

If Latvia makes concessions and the flow of illegal immigrants reaches the European Union, Lukashenko's regime would organize a second wave of illegal immigrants. Such a scenario would pose threat to not only Latvia, but also Lithuania and Poland, Latkovskis explained.

According to information posted on sargs.lv, Latvian border guards and Homme Guard members have overheard a conversation between Belarusian military personnel only 20-30 meters away. During the conversation, the Belarusian soldiers discussed which Latvian border guards and Home Guard members would be "removed" by each of the Belarusian soldiers, who was responsible for what, and where they would run if they had to retreat.

As reported, placement of the National Armed Forces and the Home Guard on the Latvian-Belarusian border is currently not necessary, Defense Minister Artis Pabriks (For Development/For) said in a press conference earlier today.