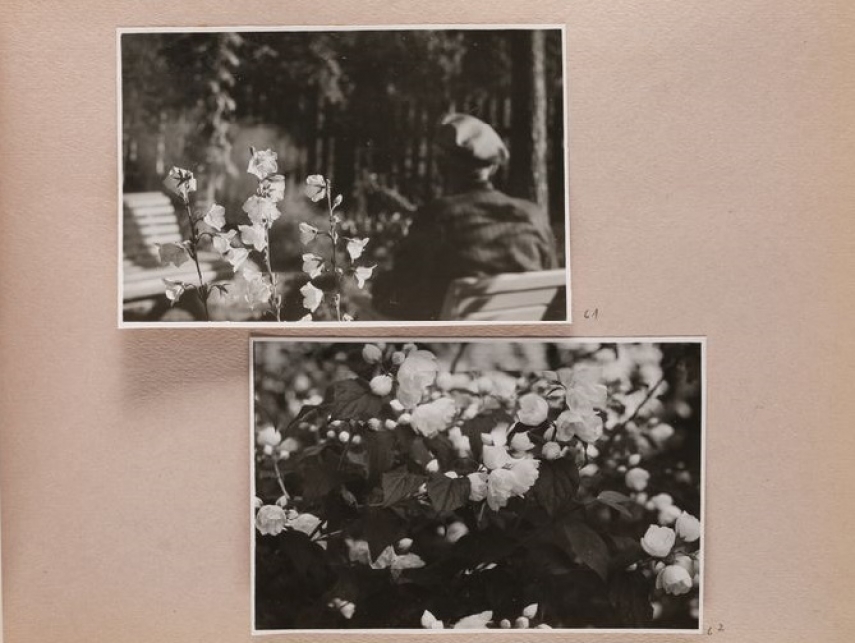 As of Friday, 17 May, the Kumu Art Museum in Tallinn, Estonia welcomes visitors to the exhibition Garden Exile: The Tuglas Home Garden Through Tanja Muravskaja’s Camera Lens, which combines a Soviet era photo archive with a contemporary photographic research.

The starting points for the exhibition Garden Exile: The Tuglas Home Garden Through Tanja Muravskaja’s Camera Lens were the photo records of the home garden of the writer Friedebert Tuglas and his wife, Elo Tuglas, which form both an aesthetically and contextually fascinating source material. The photo representation of the Tuglas garden (which currently belongs to the Under and Tuglas Literature Centre), the garden itself and the garden as a general symbol have been examined in the period 2016 to 2019 by Tanja Muravskaja through various methods of contemporary photographic art.

The exhibition focusses on photography as a powerful narrative technique. From 1959 to 1961, the Tuglases asked Paul Horma to create a detailed photographic record of their garden, which resulted in three albums entitled Our Garden. These images show the owners’ admiration for nature, and the writers’ ability to maintain close links with nature and to bring order to the surrounding environment. Even more striking is what the photos leave unsaid, what remains outside the borders of this wonderful garden: the difficult Soviet reality, with its acts of repression and power play. In this light, the beauty of the garden seems especially fragile.

The photo artist Tanja Muravskaja has commented on the project: “When the curator Elnara Taidre shared her admiration for the Tuglases’ photo archive, we were both in awe of the detailed, careful and loving approach to photographing it displayed. The Tuglases, who lived in a time of tumultuous political changes, felt protected in the luscious greenery under the tall pine trees. Their garden became their safe haven and their inspiration, a “golden island”, surrounded by stormy waters, yet peaceful, a place to look in wonder at the clear sky and calming nature.”

In the garden of the Under and Tuglas Literature Centre, Tanja Muravskaja has searched for the Tuglases’ presence, the possibility of escape in the garden, and the meaning of garden exile today. The artist unites documentary and poetic aspects of photography in an environment in which one can enter into an emotional relationship with the image of a garden and examine various layers of meaning. This environment is continued outside the exhibition hall as a photo installation in the Kumu courtyard. The garden theme is expanded by works of graphic art from the collection of the Art Museum of Estonia. In their works, Silvi Liiva, Vive Tolli, Salome Trei, Maara Vint, Mare Vint and Tõnis Vint have highlighted various aspects of the semantic field of the garden. The garden as a symbol of paradise, ideals and utopia, and internal exile as resistance to complicated socio-political circumstances are themes that still haven’t lost their relevance.