Kristine Opolais: ‘I follow my instincts. I have to feel a situation in my blood, under my skin’ 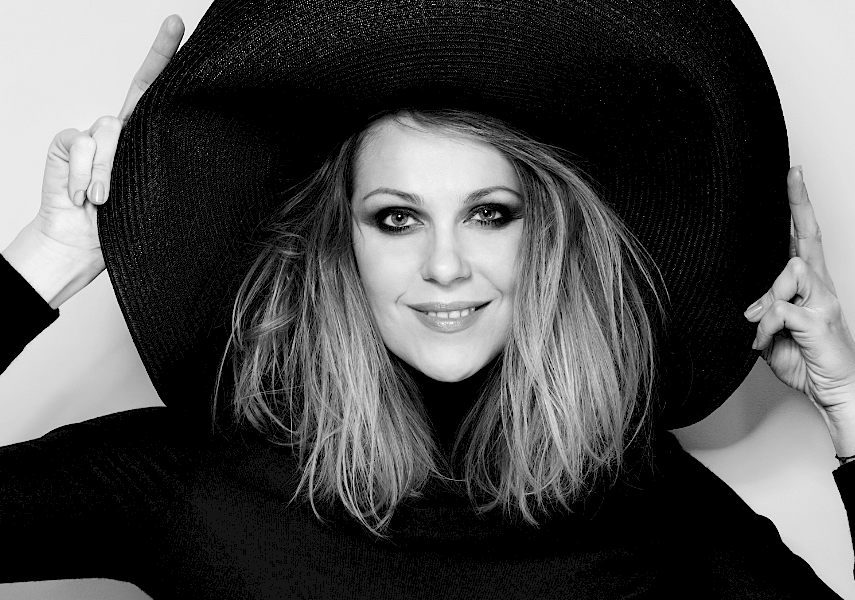 Opolais: Other cities have great concert halls, but not Riga

Kristine Opolais is acknowledged as one of the most exciting young sopranos to grace the stages of the world. In October of 2010, she made a sensational debut at the Bavarian State Opera in Munich in the title role of the new production of Dvorak’s Rusalka directed by Martin Kusej. This was followed in June of 2011 by her debut at the Royal Opera House, Covent Garden as Cio Cio San in “Madama Butterfly” which was received with extraordinary critical and public acclaim. Marina Rabinovich of The Baltic Times sat down with Opolais for an exquisite interview.

Kristine, you have sung in many of the world’s great opera houses. How would you describe your appearance at  the Metropolitan Opera in New York?
Naturally, singing at the Metropolitan Opera is every opera singer’s dream. It is a very special place, and the audience is very open.  They immediately will let you know whether they like you.
This is definitely what I wanted and planned to come here during my career.

But the beginning of my relationship with the Met was not the usual.  In 2010, I had a contract to perform Musetta, in “La Boheme,” there. I cancelled the engagement to go to the Bavarian State Opera to perform in a new production of Dvorak’s opera “Rusalka,” which was much more important artistically for me.  The role was very important as I fully understood that I could bring my own interpretation to the role, and my personality  is much closer to  Rusalka than say Musetta, even though I look the opposite.
So with my decision, I thought that the door to the Metropolitan Opera would be closed to me for a while.  But my Rusalka was such a success, and the General Manager of the Metropolitan Opera, Peter Gelb,  got curious. He heard me in “Rusalka” and an engagement followed. I made my Met debut in 2013 in the role of Magna of “La Rondine” (The Swallow) by Puccini.

The Metropolitan Opera is very focused on attracting younger audiences to its productions.  Many operas staged there are modernised, some are even translated and sung in English, which would have been considered a travesty a few years back at the Met.  Would you say that this is the trend specific to United States or do you observe the same happening in Europe, and in Latvia, Estonia, and Lithuania?
I think there is a need to build new audiences everywhere.  I prefer the old fashioned opera world. A world of divas and beautiful bel canto voices.  In some ways, the current way operas are staged is too modern for me.

About new audiences and new theaters.  Some major cities throughout Latvia have built superb new concert halls, for example, the imposing Liepaja Amber Concert Hall, something that is lacking in Riga.  Mariss Janssons was critical of having to perform with the Bayerischer Rundfunk Orchestra at the Latvian National Opera and Ballet, the Israeli Philharmonic had to perform in an unsuitable outdoor venue.  Do you think that Riga needs a new concert hall?
Yes, definitely.  The acoustics at the Latvian National Opera are not that good.  In fact, I will be going on a Baltic Tour at the end of September to Latvia and Lithuania. I will have four performances in Latvia and one in Lithuania, and other cities on this tour have great concert halls, but not Riga.

Who should lead the project?
Probably the Ministry of Culture.  There was an ex-Minister of Culture, Helena Demakova, she was excellent, built a great library.  Someone like her.

Where would you recommend the hall be built?
Anywhere, but the location should be easy to get to.  Near the lake would be nice.
Andrej Jagars, the director of National Latvian Opera, brought a lot of prestige to the Latvian Opera and Latvian singers. He had a great reputation and was well respected. Many of the singers that worked with him all have international careers now. Just this season alone at the Met, I’m performing, as is Elina Garanca, Marina Rebeka, and Aleksandrs Antonenko.
Jagars was very demanding. He was an actor and later in his career he commenced directing opera. He provided me with a lot of guidance, but he was tough, and he was also kind of rude to me. In a production of The Queen of Spades, he said to me: “you can be like other girls and just care about your looks or you can work hard and become somebody.” He found the key to me. I worked hard and he was right, I was able to become someone. Jagars is actually organising the tour of the Baltic States for me. If it weren’t for him, I probably wouldn’t do it. We get used to welcoming receptions in Europe, but back home it can be a little scary. The audience can be very critical. They compare you to how you were before.

This season was a Puccini season for you at the Met.  What are some other roles you would enjoy with the New York audiences in the future?
Yes, this season I was a Puccini girl.  Next season I will sing Mimi in “La Boheme” and the following season will be in “Tosca.”

Talking about the two roles you sang at the Met this season, Madame Butterfly and Manon. They are very different.  The women are from very different worlds and, not to sound too cliche, have different sensibilities.  What is your take on these two heroines and how do you prepare yourself for each role?
Yes, they are diametrically opposed.  Manon takes and takes, but Madame Butterfly gives and ultimately gives her life for the sake of her child. Madame Butterfly is the most complete, tragic woman’s character in the musical repertoire.  For me, there is much more acting in Manon than in Madame Butterfly.  I feel much closer as a person to Madame Butterfly than to Manon.  After singing Madame Butterfly, I feel cleansed as if I went to a confessional and was absolved of all my sins. That is why Puccini’s music is so wonderful.  It gives you room to interpret and be flexible.
Opera is more than music, it is also theater.

I think you also said that somewhere.  Where do opera singers pick up acting skills? Are they encouraged to take professional lessons, is guidance provided while rehearsal, or is it that you just have to be born with it?

I follow my instincts. I put myself in the situation as if it’s happening to me. I have to feel it in my blood, under my skin.

Do directors try to match singers by chemistry or just by voice?

There are three types of chemistry between singers, the first is personal chemistry.  It’s when you feel you have a friend who is there for you.  The tenor Jonas Kaufman and I had that.  The second type is where there is less personal chemistry, one of the singers is more selfish, and there is no personal charisma but he or she gives their heart to the piece, and they sing very well.  That is good for the audience.  The third type is when there is personal chemistry and charisma and that combination is known as “musical marriage of heaven.”  I’ve had that in Munich and at the Met.  I was disappointed when Jonas had to cancel at the Met and it was an adjustment with Robert Alagna, but then we really clicked.  It is very hard to prepare for a new role on such short notice and Robert did a great job.  Unfortunately, I do not have a say with whom I shall sing the operas.

Did you always want to be an opera singer even when you were a teenager?

No. My teenage years were tough.  School was hard. I wasn’t sure what I wanted to do.  I read a lot on psychology, but math and chemistry were hard.  I went to a modeling school in Rezekne; we didn’t live in Riga then.  We had sewing classes, makeup classes, and acting classes,  and we also had to have a “talent.”  Mine was singing.  When my mother heard me sing on stage in one competition at school, she realised that I had a voice and she sent me to a conservatory to Riga.  I hated it.  It was like a prison sentence for me.  I left after six months, but I liked rock and pop music and wrote songs and music myself.  My mother said it would be very hard to make it in that music world and in order to achieve anything, I would have to be “used by someone.”  I decided that I did not want that.
When I was around 19 years we moved to Riga, but money was always short.  One day my mother got very sick and I realised that if anything happened to her I would be a nobody.  I was very scared. So I realised I needed to become somebody to support myself , and I returned back to opera.  But this time I took lessons privately. I also got a job dancing in an all girls troupe, almost as a lucky break.  We toured around a bit, and that provided me with some money.
All that experience I have used on stage.  I’ve had some difficult times, but they did not break me.  I was able to persevere.

You’ve been in New York for about three months; what are some of your favourite places?

My friends took me to the West Village and I loved that area.  I also love the Museum of Modern Art.  New York is an amazing place, as it is so easy to communicate with New Yorkers.  There is no pressure to speak perfect English and I don’t feel the snobbishness that is common in Europe if you don’t speak their language well.  My mother and my daughter’s babysitter don’t speak English, but they get around and communicate just the same.  New York is a great place.