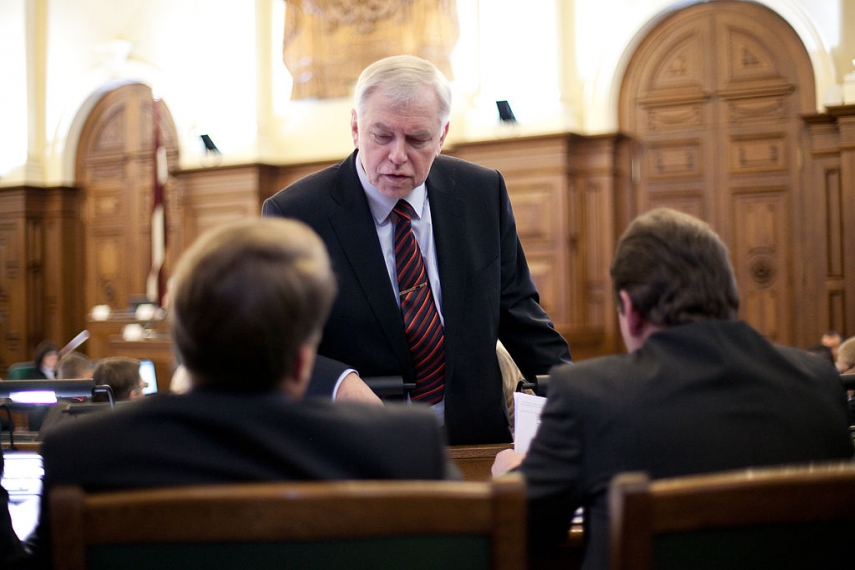 RIGA - The Union of Greens and Farmers is not going to replace its representatives delegated to government formation talks after KPV LV said they did not want to talk to politicians that have not been elected to the 18th Saeima.

After discussing the issue with fellow party members, Greens/Farmers chairman Armands Krauze told LETA that Greens/Farmers pick their representatives for talks with other political parties themselves and that they would not replace its current delegates.

Krauze said that the Greens/Farmers delegation for talks with other political parties includes Augusts Brigmanis, chairman of the Greens/Farmers faction in the current parliament and Green Party chairman Edgars Tavars as they are the chairs the parties that make up the Union of Greens and Farmers and represent the Latvian Union of Farmers and the Green Party of Latvia in accordance with the parties' statutes.

Greens/Farmers representatives believe that with their position KPV LV are continuing campaign rhetoric in a situation where it is necessary to form a new government quickly in order to pass the 2019 budget on time, Brigmanis said.

Given the above disagreements, KPV LV and Greens/Farmers might not meet for government formation talks.

KPV LV co-chairwoman Linda Liepina told LETA on Tuesday that her party would not participate in talks with Greens/Farmers if their delegation includes people that have not been elected to the new parliament.

Liepina suggested that Greens/Farmers could only send Krauze to talks with KPV LV or appoint a new delegation consisting of politicians elected to the parliament.