Kolegova charged with failure to declare deals worth more than EUR 300,000 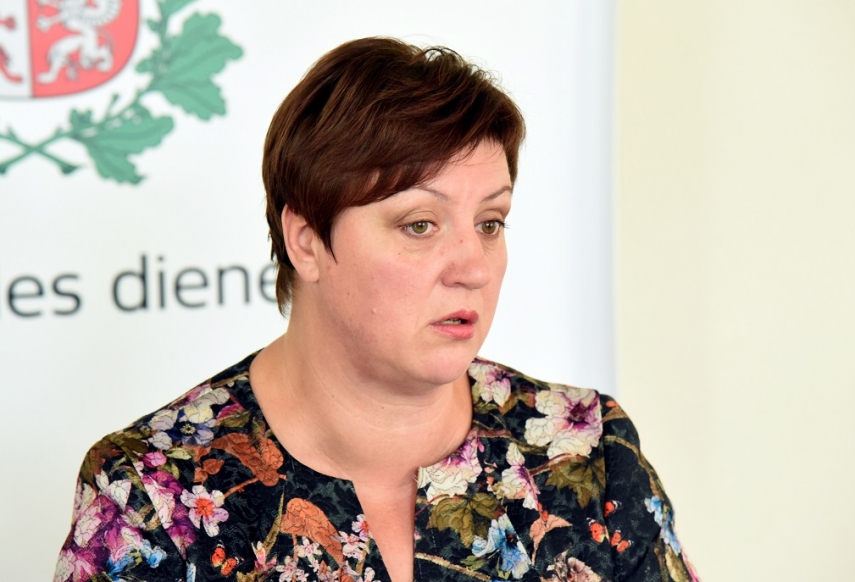 RIGA - The State Environmental Service’s head Inga Kolegova has failed to include in her public official asset declaration deals worth more than EUR 300,000, according to the charges laid against her by the prosecutor’s office.

The prosecutor’s office has sent the case against Kolegova to Riga City Latgale District Court, which is due to hear it on September 27.

Without naming the public official, the prosecutor’s office said in a statement to the press that the person has been charged with providing false information in her income and asset declaration.

According to the prosecutor’s office, the public official failed to include in her 2013, 2014 and 2015 declarations the real estate at her disposal, as well as transactions whose value exceeded 20 minimum monthly wages, as well as other facts concerning her finances.

The official also did not declare deals worth more than EUR 300,000 which had been made in 2013. In the declarations for 2014 and 2015, the official provided false information about large deals whose total value exceeded EUR 600,000, the prosecutor’s office said.

Under the Criminal Law, the above offenses carry a short (up to three months) jail sentence, community work or a fine.

As reported, in the summer of 2016, Kolegova unsuccessfully ran for the office of the Revenue Service's director-general. After withstanding more than a week of emotional pressure and close public attention, Kolegova withdrew her candidacy shortly before the government had to vote on her appointment to the position of the State Revenue Service's head.

The government on August 9, 2016 postponed a vote on Kolegova's appointment as the Revenue Service's head after Unity raised questions about her business deals, namely, the dividends she received from Pallogs company.

According to information available in Lursoft business database, Kolegova used to own a 50 percent stake in Pallogs and received EUR 320,000 in dividends from the company in 2015. Kolegova explained that she gave the dividends to her brother. She also extended EUR 220,914 in loans in 2015.

Kolegova told the media that she was only a formal co-owner in Pallogs and that her brother was the company's beneficial owner. Kolegova said she also gave a sizable amount of money to the brother's family. The company's annual report, however, makes no mention of such loans, which creates suspicions that the money might have been spent on undeclared wages.