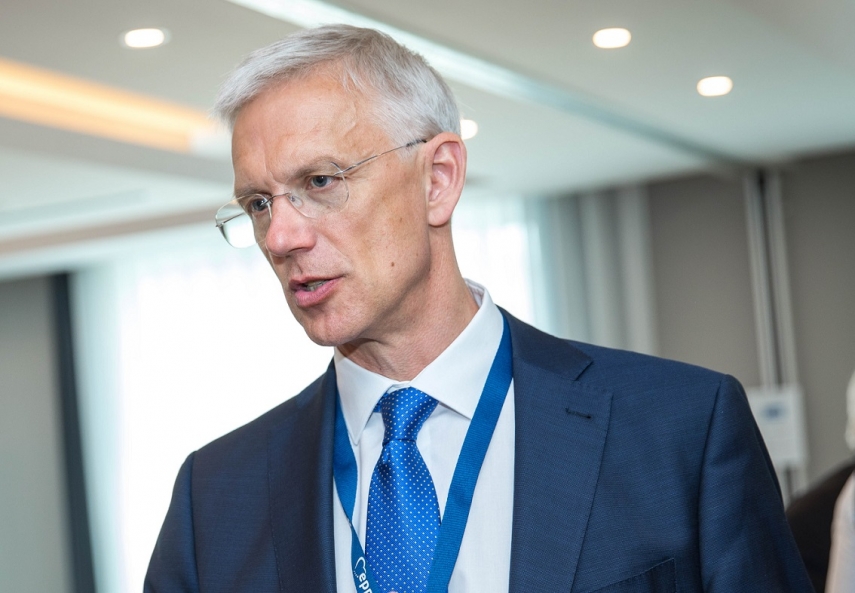 As he opened the conference on the future of the Baltic gas market, the Latvian premier spoke about the change necessary in the energy market, namely, Europe's goal to move towards a zero emission economy.

In Europe, climate and energy goals have always been going hand in hand to reduce emissions, promote renewable energy, energy efficiency and diversify energy sources. These are the preconditions to reducing emissions and achieving climate neutrality, Karins said.

The premier indicated that the least climate-friendly energy sources include coal, followed by oil and gas, which is a bit less harmful fuel. "Natural gas is not quite green energy, but it is a less polluting source of energy," Karins said, adding that to promote green energy, it is necessary to think about using wind and solar energy, as well as biomass.

Karins believes that natural gas will remain indispensable in the near future but that it will become an supplemental energy source to other, greener kinds of energy.

I am not saying that the gas industry is doomed, but it has to recon with the change and help advance them. As many companies turn to liquefied natural gas, as well as green energy, natural gas will be one of the additional elements, enabling progress towards low emissions. If I were in gas business, I would look for opportunities to diversify sources, because businesses need to take into consideration the political pressure to cut emissions, the Latvian prime minister told the conference.

Karins ended his speech at the Eurogas conference with an appeal to heed the words of the "young Swedish activist" Greta Thunberg whose generation will soon replace today's decision makers.