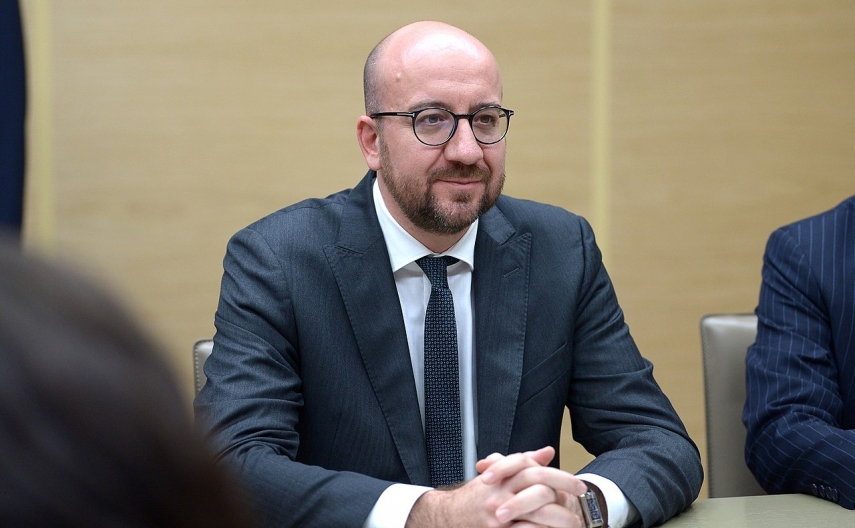 Today, Michel visited Riga and met with Karins. After the meeting, Karins told journalists that his talks with Michel dealt with a number of issues, including the sanctions the EU has imposed on Russia over the Ukraine conflict.

"Latvia believes that unless all the agreements are implemented, there is no basis for lifting the sanctions," Karins said.

"We constantly talk about how the EU sees itself on the international arena. It is important for all 27 EU  member states to be united on geopolitical issues," Michel said.

The talks between Karins and Michel also touched on the EU's next multiannual budget and the EU single market. The Latvian premier noted the necessity to develop and not to restrict the single market, thinking at the same time about ensuring free movement of such services as transport.

Karins voiced the necessity for an EU-level coordination of combating financial crime. "To keep the EU free of dirty money, it is essential that the fight against money laundering takes place not only on the national but also the EU level," the Latvian premier said.

Michel agreed that work on developing the EU single market has to continue to ensure the bloc's economic growth.

He also stressed that the EU has to mobilize its resources to achieve a Brexit deal that would be favorable to EU citizens and businesses.

Great Britain is a country with which the EU will have close cooperation also in the future. It is therefore necessary to achieve a balance between our interests and interests of the internal market, Michel said.

Commenting on the EU's next multiannual budget, Michel said that in the funding context it is necessary to think not only about traditional sectors like agriculture, but also about new challenges concerning migration, innovation and climate change.