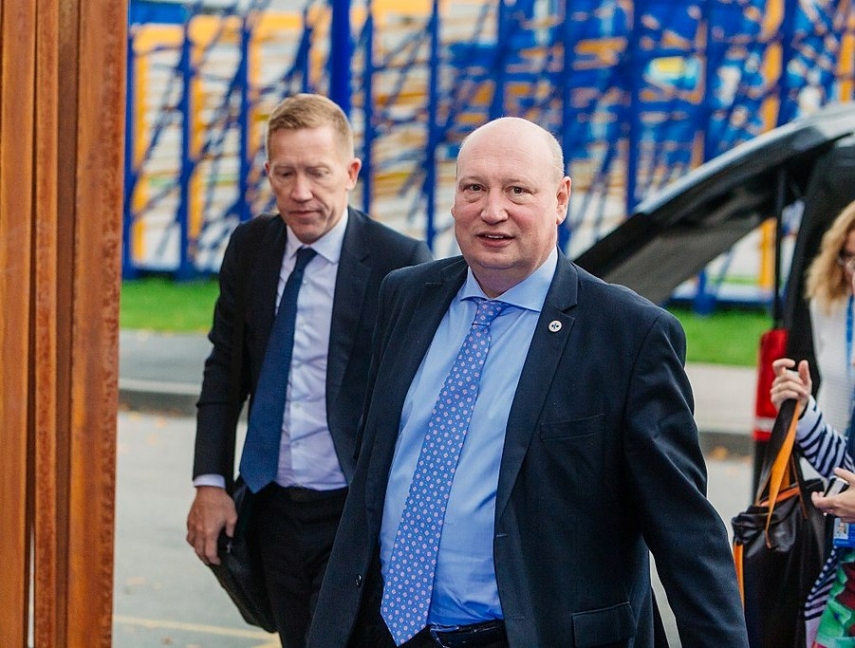 TALLINN – According to the European Commission's Director-General for mobility and transport Henrik Hololei, it is reasonable based on economic logic for transnational Rail Baltic tenders to be organized jointly through a strong joint company.

"Yes, our experience has been that for cross-border projects to be more effectively led, there should a transnational joint company. The issues should be based on economic logic and it can be solved in the form of a joint company," Hololei told BNS.

He said that transnational procurements should be organized through a joint company, but smaller internal tenders can accordingly be organized also internally.

Hololei emphasized that the Baltic countries must reach an agreement on Rail Baltic's management arrangement as quickly as possible, but definitely by April at the latest.

"Our clear interest has always been that it be determined what the competence of the joint company is. A lot of steam has been wasted on that. It is important that the project is moved on with," Hololei said.

Baiba Rubesa, CEO of RB Rail, the joint company of the three Baltic state that implements the European-gauge railway project Rail Baltic, who refuses to leave the office despite losing the trust of Estonia and Lithuania, said that the three Baltic countries at the demand of the European Commission must come to an agreement on the structure of establishing the railway by Easter.

Kristjan Kaunissaare, Rail Baltic project coordinator at the Ministry of Economic Affairs and Communications, said that there are no disagreements between the three Baltic countries when it comes to the Rail Baltic issue.

"It has been definitely clear between the three countries already from 2016 who will do what in the framework of the project, who will build, who will design. Conflicts have arisen recently with the management of the joint company on that topic, but I believe that these will also be cleared in the near future," Kaunissaare said.

Representatives of Estonia and Lithuania at a general meeting of RB Rail shareholders on February 1 expressed no confidence in Rubesa, while Latvia remained impartial. As the support of the Latvian representatives is needed in the supervisory board of the company for recalling Rubesa, it has not yet been possible to recall her. Rubesa herself refuses to leave. Latvia is of the opinion that the current management board of RB Rail must continue.

Riia Sillave, CEO of Rail Baltic Estonia, said that when it comes to Rubesa, dissatisfaction was expressed due to conflicts in the management of the project and it was found that changes must be made.

"The attempts by the RB Rail chief to build an impression of alleged conflicts among the company's shareholders are fully unfounded. There are only disagreements with the RB Rail chief who has lost confidence and whose actions affect the reputation of the project. Currently, all project partners in all three Baltic countries are cooperating closely to implement the project successfully and in time," Karolis Sankovskis, deputy chairperson of RB Rail supervisory board and CEO of Rail Baltica Statyba (Rail Baltica Construction), the Lithuanian shareholder of the joint venture, said last week.

Rubesa after the censure motion has said that the dispute may jeopardize the funding of Rail Baltic. In addition, Rubesa refuses to leave office. Her term of office is to end in fall 2018.

RB Rail AS is the central coordinator for the Rail Baltic project for the construction of a high speed rail line from Tallinn to the Lithuanian-Polish border. RB Rail shareholders include the Lithuanian, Latvian and Estonian railway companies, UAB Rail Baltica Statyba, SIA Eiropas Dzelzcela Linijas and Rail Baltic Estonia OU.

Rail Baltic, estimated to cost around EUR 5.8 billion in total, aims to building a direct railway connection between the Baltic countries and the European railway network. The project is planned to be completed by 2026.