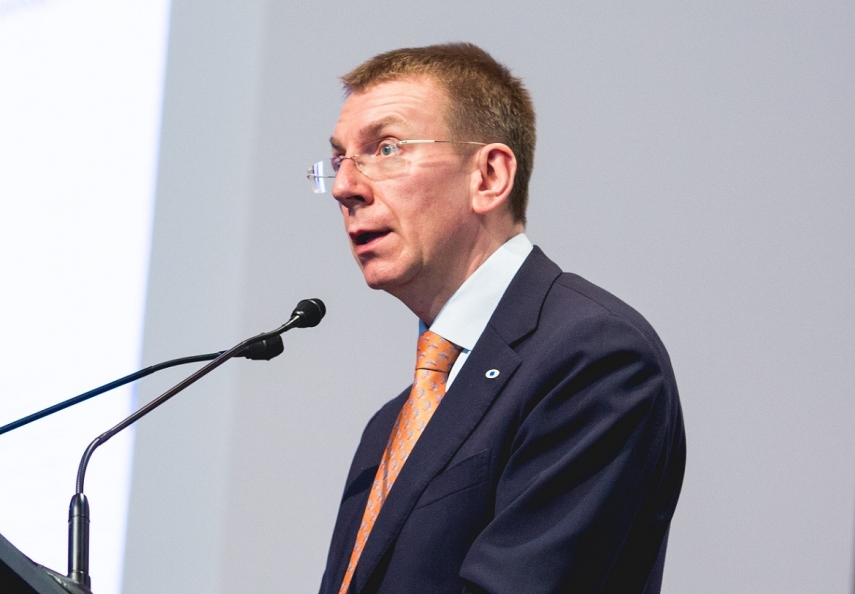 RIGA - New Unity will certainly not be the one will attempt to negatively impact the government, Foreign Minister Edgars Rinkevics (New Unity) said during the party's congress yesterday.

''We as a party must continue to grow and expand our influence. We must also make sure that this five-party coalition remains together and we can continue to implement policies which are in accordance with our core values,'' he said.

He said that one of the party's other main objectives at the moment is to ''regain Riga'' during the next Riga City Council elections.

''We must also maintain the stability of the government during the budget formation process when dealing with our less experienced partners. We cannot allow ourselves to give in to provocations,'' Rinkevics said.

He added that leading the government means to compromise, but that compromises have their limits.

''We see the considerable challenges ahead of us. In any case, it certainly will not be New Unity who will attempt to negatively impact the government,'' he added.