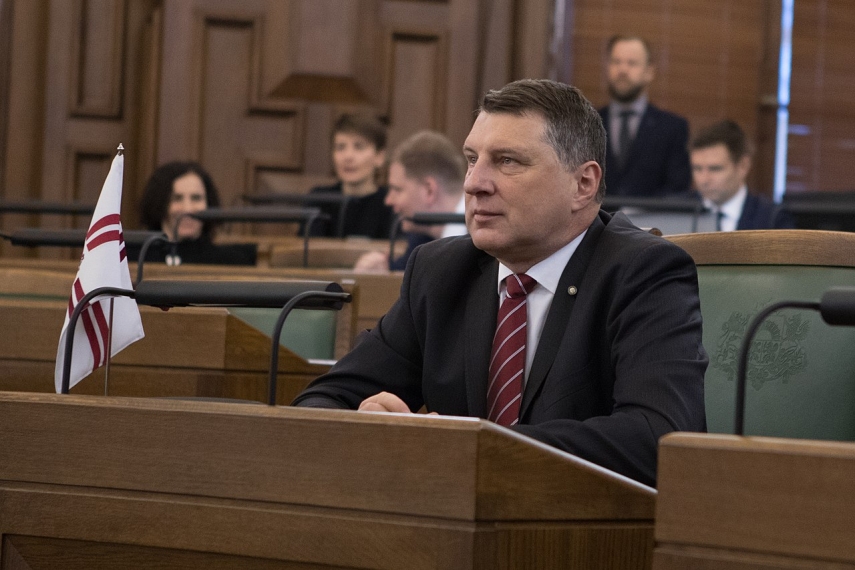 RIGA - In an interview on the LNT television channel this morning, President Raimonds Vejonis said that it is not correct for parties to complain about internal political problems to foreign embassies.

The President agreed that rule of law must be strengthened in Latvia, but that this must be done internally, and that proposals must first come from the Justice Ministry.

He also reminded that once a person becomes an elected official, he or she must act as one. ''This was not a good step taken by the minister,'' he added.

Bordans, who is also the leader of the New Conservative Party, sent out the aforementioned letter on January 25. The minister said earlier that he considered the prosecutor’s request for permission to prosecute Jurass as political score settling.

In his letter to the embassies, Bordans explains the details of the case against Jurass who is accused of disclosing state secrets, and noted that the request to lift Jurass’ immunity followed after JKP in its election campaign criticized the prosecutor general’s job performance and demanded his resignation. Bordans has signed the letter as JKP leader.

Asked to comment on the justice minister’s move, Prime Minister Krisjanis Karins (New Unity) told LETA through his spokesman Sandis Sabajevs that the “Prime Minister expects the justice minister to propose carefully weighed solutions on how to improve the judiciary and today he discussed matter with Bordans”. The Prime Minister believes that it is up to the parliament to decide whether to lift a lawmaker’s immunity. The MPs have the opportunity to read the prosecutor’s report on the case, Karins added.